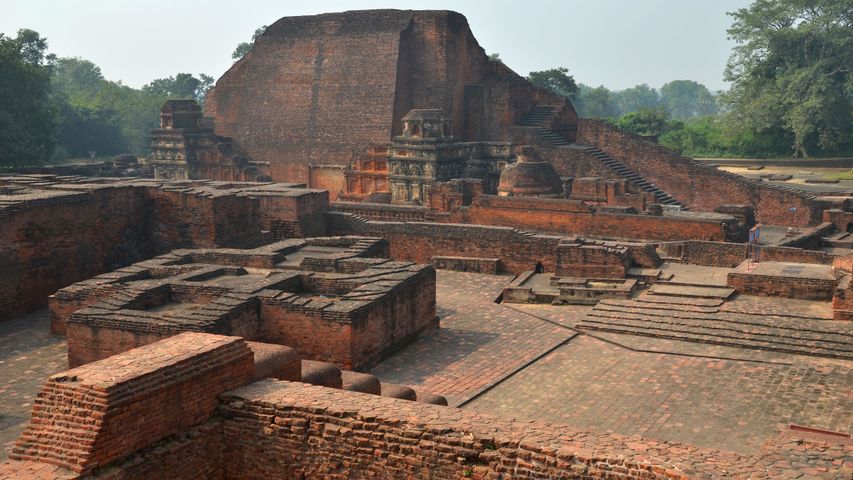 Hindi Diwas is celebrated on September 14 every year as this is the day when back in 1949 Hindi in Devanagari script was adopted as the official language of the Indian Republic. September 14, 1949, was the 50th Birthday of Hindi scholar and stalwart Beohar Rajendra Simha whose constant push aided in the adoption of Hindi as India’s official language from a total of 22 scheduled languages in the country.

We are showing you the ancient ruins of Nalanda in Bihar, India, as Hindi is the official language of the state. The site comprises the archaeological remains of a monastic and scholastic institution dating from the 3rd century BCE to the 13th century CE. It includes stupas, shrines, viharas (residential and educational buildings), and important artworks in stucco, stone, and metal. Nalanda stands out as the most ancient university in the Indian subcontinent. It engaged in the organised transmission of knowledge over an uninterrupted period of 800 years. The historical development of the site testifies to the development of Buddhism into a religion and the flourishing of monastic and educational traditions.

Apart from India, Hindi is spoken in Trinidad, Nepal, Guyana, and Mauritius among other countries. It stands tall as the fourth most-spoken language in the world after English, Spanish, and Mandarin.