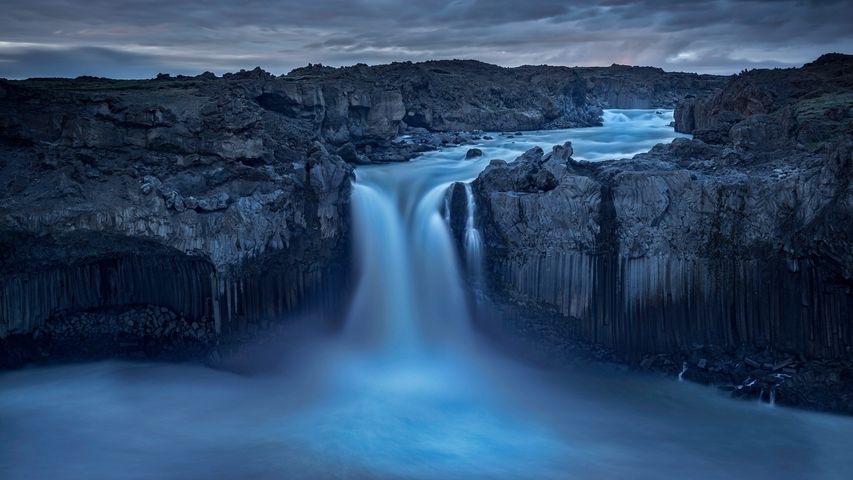 In waterfall-dense Iceland, it says something that Aldeyjarfoss is considered one of the most beautiful sights in the country. Fed by Iceland’s largest ice cap, the 65-foot falls are flanked by distinctive hexagon-shaped basalt columns seemingly carved by some Norse god.

Okay, they may not have their origins with Odin's kin. Geologists will tell us that they're formed as lava flows cool and buckle under stress, with cracks penetrating deep into newly formed rock. The path of least resistance places these cracks at 120-degree intersections. So as cracks run deeper, their shape averages out to a near-perfect hexagon—exposing neatly geometric columns when the rock face eventually shears off.