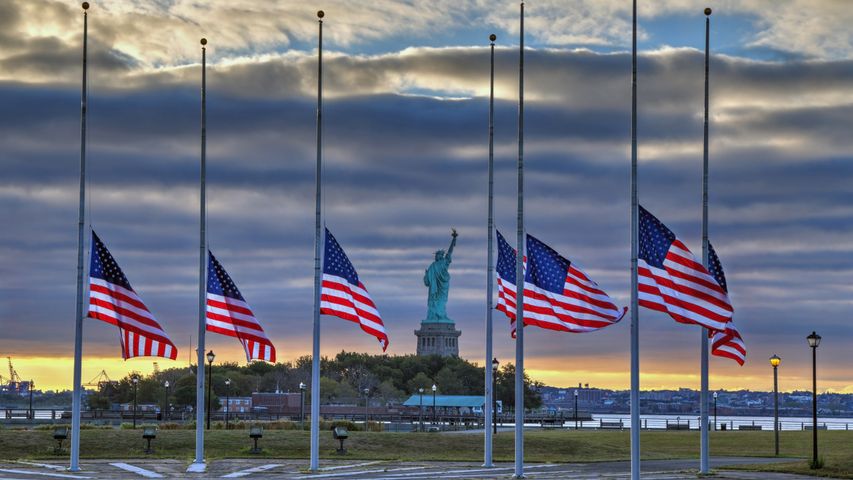 Statue of Liberty seen behind US flags at half-staff for the anniversary of September 11 in 2014, New York City

Patriot Day is held each September 11 to honor the people who were killed in the terrorist attacks against the United States on September 11, 2001. US government buildings throughout the world fly the American flag at half-staff on this day, as do many private homes and establishments. Although schools, government offices, and businesses typically remain open on Patriot Day, communities throughout the country hold remembrances and events to honor the 2,977 people who died.

Patriot Day is also a time to honor thousands of first responders who worked tirelessly and put themselves in harm's way in the horrific aftermath of the attacks. Tribute is also paid to the many men and women who fought in Afghanistan in the months following the attacks.