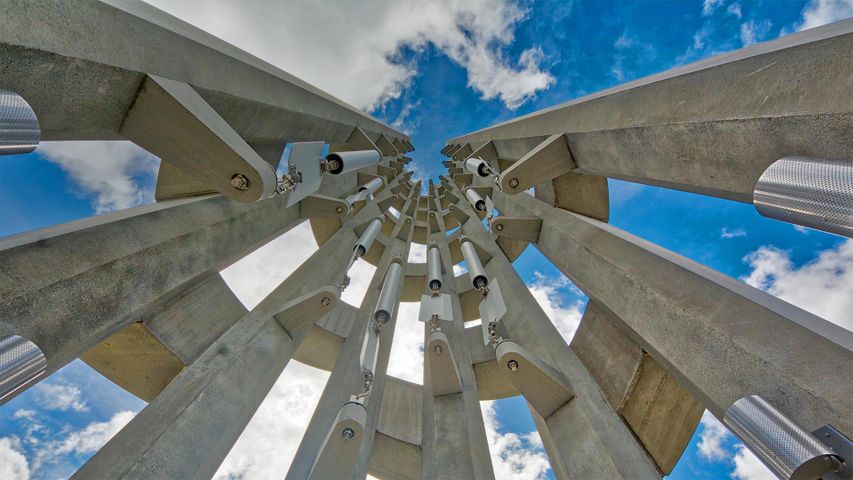 Pictured here is the Tower of Voices, a 93-foot-tall monument to the passengers and crew on Flight 93. Hijackers seized the plane shortly after it left Newark, New Jersey, on September 11, 2001. As travelers onboard learned of the coordinated attacks in New York and Washington, DC, a group of passengers and flight crew attempted to wrest control of the plane. The aircraft crashed into a field near Shanksville, Pennsylvania, killing everyone on board. It was the only one of the four hijacked planes that didn’t hit its intended target.Tower of Voices is currently under construction. The finished tower will include 40 wind chimes and serve as a 'living memorial in sound' to the 40 heroes and their ennobling sacrifice on a day of jarring horror and dissonance. September 11, or Patriot Day, was declared a national holiday in 2002 by President George W. Bush.