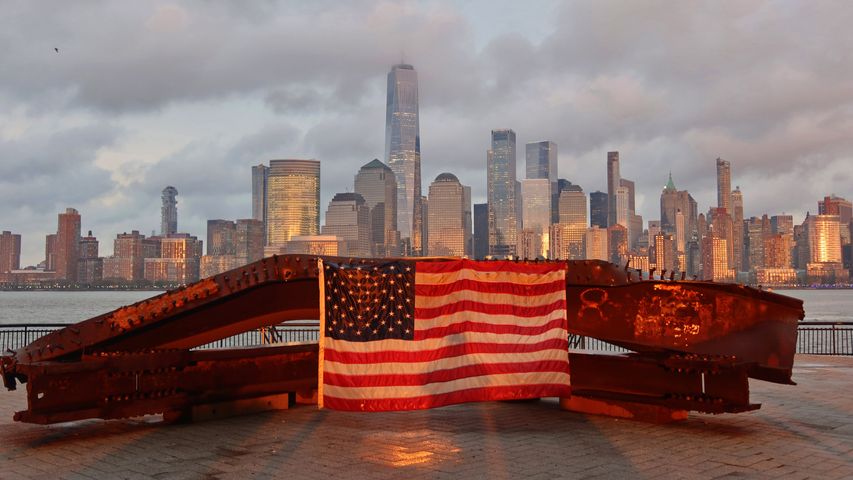 The glassy lower Manhattan skyline is so pristine it's hard to fathom the tragic scene it became 20 years ago today. But this twisted beam resting on the Hudson River's shores is one of many reminders.

Of the 2,977 people who lost their lives in the September 11 attacks, 37 were from here in Jersey City. Their names are engraved in this memorial on a granite slab, displayed alongside steel recovered from the collapsed World Trade Center.

The monument is a vivid artifact of the deep loss felt that day, and ever after. Glancing past the memorial at the restored city, hopefully you're also reminded of something that was never destroyed: Our ability to regroup and rebuild after trying times, whether in 2001 or 2021.

Statue of Liberty seen behind US flags at half-staff for the anniversary of September 11 in 2014, New York City