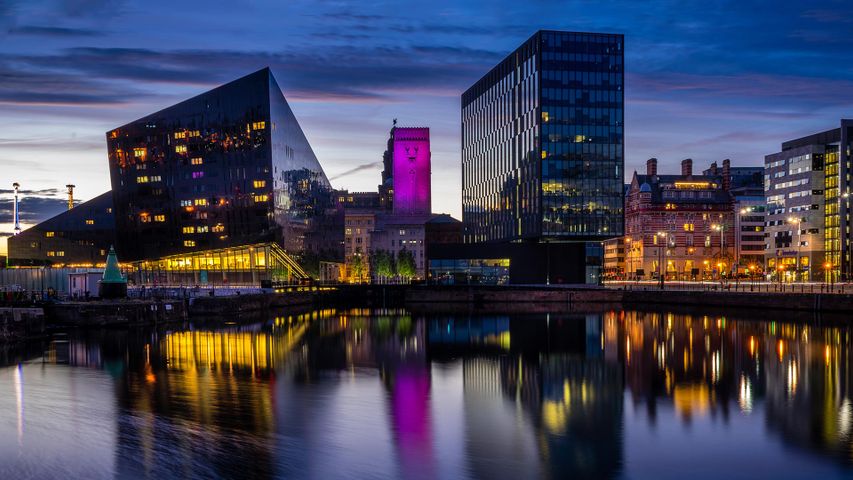 Reflecting on the docks. Old meets new on Liverpool’s waterfront

Reflected in the waters of Canning Dock here on Liverpool’s waterfront is the Mann Island complex on which building work began in 2008, alongside a wider regeneration programme during the city’s year as European Capital of Culture. That pink-lit art deco building you can see peeping out in the background is the George’s Dock building, home to one of the Mersey Tunnel ventilation stations and one of several historic buildings at the Pier Head – itself part of Liverpool’s wider Unesco World Heritage Site.

The modern slick black granite buildings have split opinion – sitting as they do in front of Liverpool’s iconic ‘three graces’ – the Port of Liverpool building, Cunard Building and Royal Liver building. Their supporters say they contrast with, and reflect, the pale buildings around them and have regenerated this stretch of land. Their critics say they obscure the view of some of Liverpool’s most famous buildings.