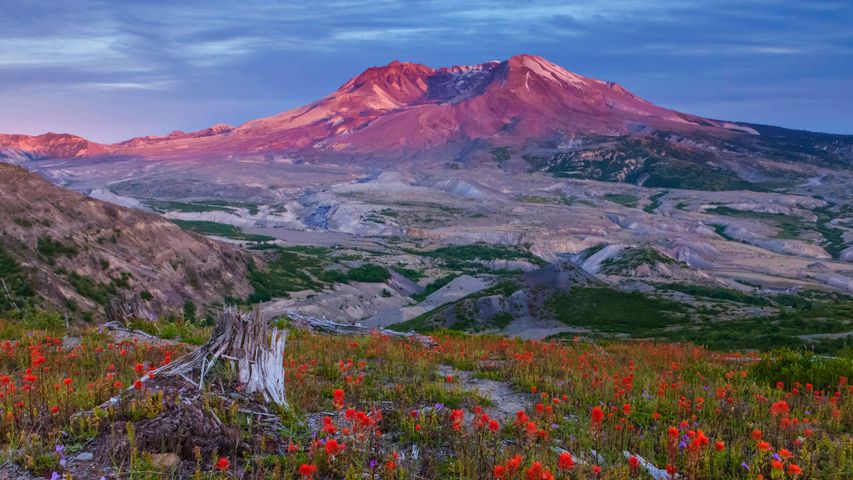 This is Mount St Helens, an active stratovolcano in the US state of Washington and the site of the USA’s most deadly and destructive volcanic eruption. The volcanic event that would forever change the landscape began with a 5.1 magnitude earthquake on 18 May 1980. It triggered a ‘lateral eruption’, in which lava blasts out of the side of the volcano, rather than the top. The initial blast shaved more than 1,000ft (305m) off the mountain’s elevation, resulting in a massive avalanche and the destruction of about 150 sq miles of surrounding forest. When the event ended nine hours later, 57 people had died, 200 homes and almost 200 miles of roads had been destroyed.

Forty years ago today, 110,000 acres (172 sq miles) of forest was set aside to create Mount St Helens National Volcanic Monument, to memorialise the disaster and preserve the area. The land inside has been left to recover naturally. While it’s believed that Mount St Helens will erupt again sometime in the next few centuries, it has not deterred people from hiking and climbing at the monument, something which has been allowed since 1986.