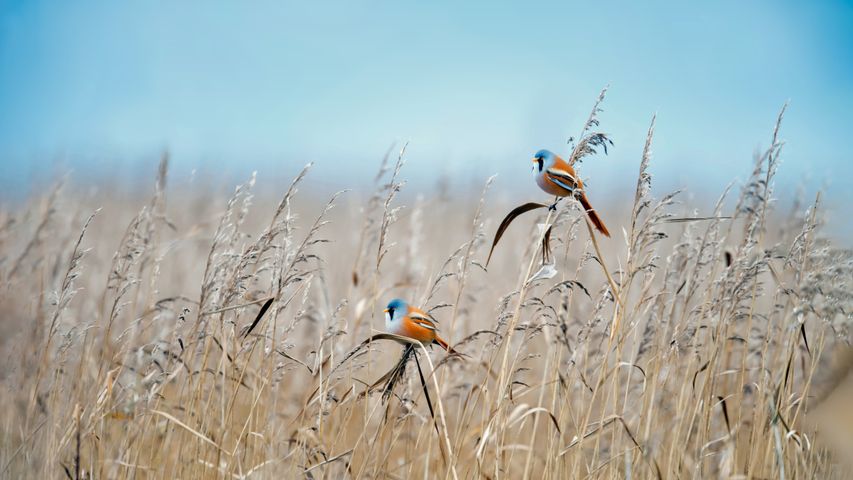 More of a moustache than a beard?. Bearded reedlings in Flevoland

Flevoland, the 12th and youngest province in the Netherlands, has only been around since 1986. It was created through vast land reclamation projects in the 1950s and ‘60s, before which the land here simply didn’t exist. While the Dutch had been reforming their landscape to meet their changing needs for hundreds of years, the 20th century would see their most ambitious projects realised. The province’s anthem is ‘Waar Wij Steden Doen Verrijzen’ (‘Where We Let Cities Arise’), an ode to pushing back the sea.

With its landscape of bogs, marshes and swamps, Flevoland is a perfect nesting ground for these bearded reedlings. The reedlings are sometimes referred to as bearded tits, due to their passing resemblance to the long-tailed tit, but not only are they not tits, they don’t really have beards either (although the males have something closer to a moustache). They are considered a unique songbird, the only member of the family Panuridae, and are found across Europe and Asia.