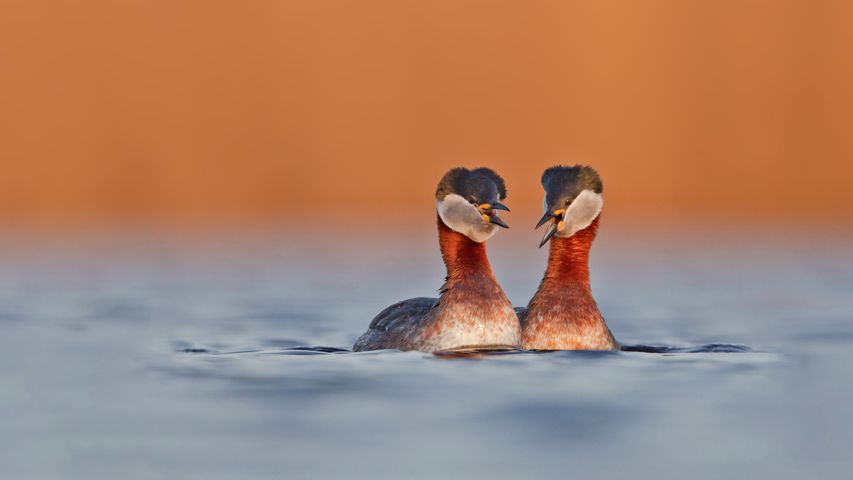 The red-necked grebe has a bit of a split personality—in fact, it only lives up to its name about half the year. Its feathers are not red but brambly brown and grey throughout the winter, when it lives a low-key, quiet life in saltwater along North American and European coasts. But just before it migrates to a northerly lake, pond, or swamp for breeding season, the plumage around the grebe's throat turns a distinctive rust-red. Both males and females undergo the plumage change.

This colourful phase lasts from May to November or so, during which the previously placid bird becomes given to loud calls and rambunctious mating displays. Maybe it's all in the family: Grebes are more closely related to flamboyant flamingos than to their fellow diving seabirds.