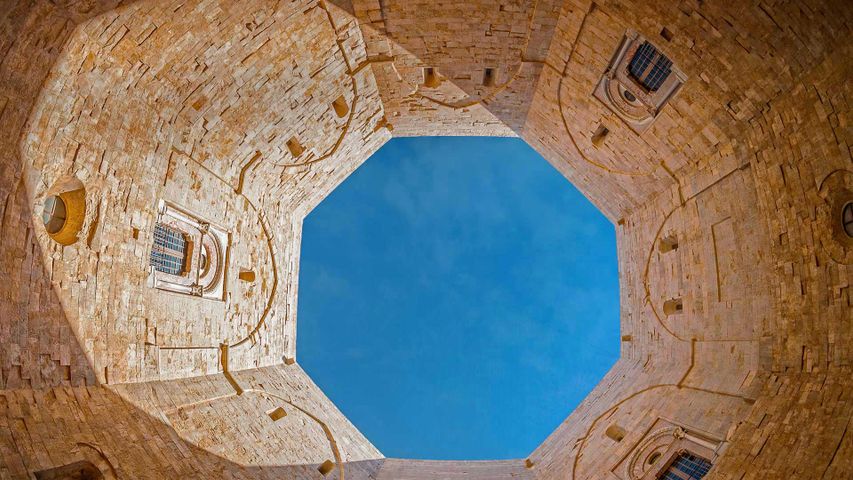 Built in the 1240s by the Holy Roman Emperor Frederick II in southeast Italy, Castel del Monte (Castle of the Mount) features an unusual octagonal design. Eight stone walls stretch between eight octagonal towers and enclose an octagonal courtyard. Each of the two floors also has eight trapezoidal rooms. Acclaimed and protected as a World Heritage Site in 1996, the castle symbolically reflects a harmonious integration of classical Roman, Arabic, and medieval architecture and design—and to some, its octagonal symmetry suggests a connection between heaven and earth.

Its original purpose is unclear. Without a drawbridge, moat, or curtain wall to protect it, it was clearly not a defensive fortress, and its lack of stables call into question its function as a hunting lodge. Over the centuries it has served as a prison and as a refuge from the plague. But whatever the emperor’s intention, he left a captivating monument that still enchants today.