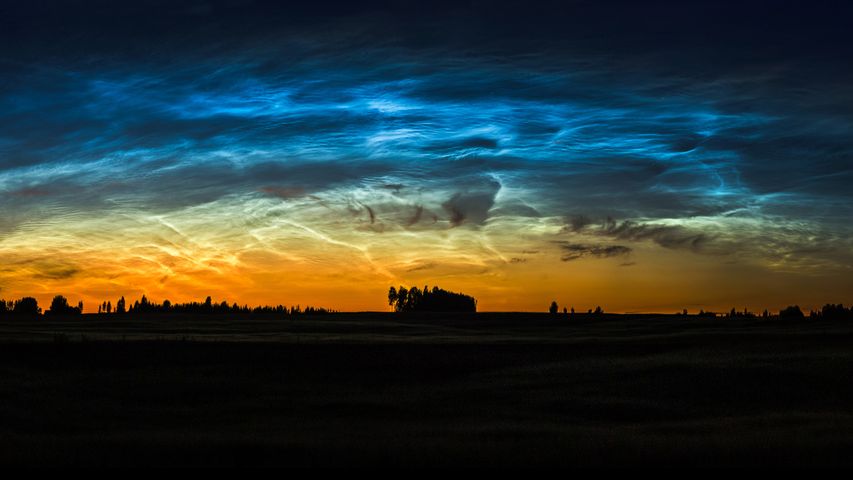 It’s around this time of year when some lucky people get to witness these rare, wondrous clouds. Known as noctilucent, or ‘night shining,’ clouds, they’re the highest clouds in our sky and are only visible during summer. They’re made up of icy dust glowing at the edge of space, roughly 50 miles above the planet’s surface. The trick to seeing them is to gaze up into the sky at twilight, when the sun has already set on the Earth’s surface, but the high-altitude noctilucent cloud is still in sunlight. These clouds occur almost exclusively at high latitudes, roughly between about 50° and 70° North or South.

Generally, colourless or light blue, noctilucent clouds are distinct in their patterns of streaks, waves, and whirls. It’s not fully known why they happen, though some recent studies suggest methane levels could contribute to atmospheric water vapour that rises high into the mesosphere where they form. What is known is that they were first observed in 1885, making them the newest cloud type.

The dome of the Charminar, Hyderabad