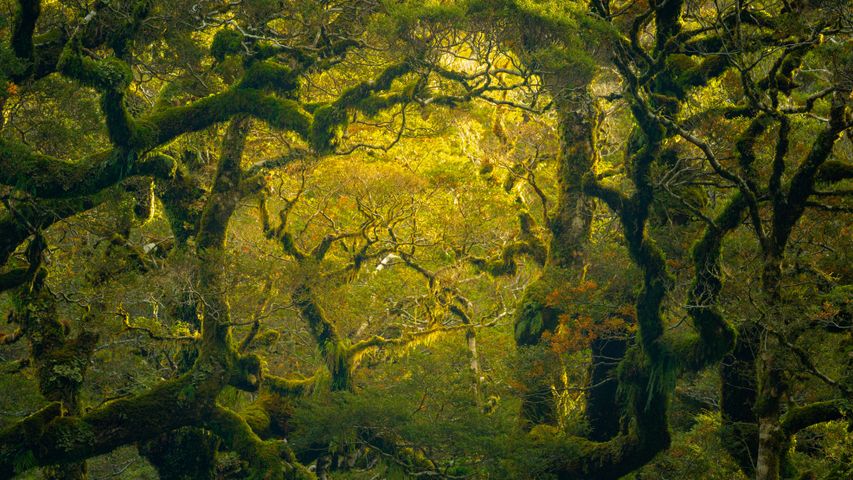 Today we’re taking a tramping trip to New Zealand’s South Island to visit the place Rudyard Kipling once called the eighth wonder of the world, Milford Sound and its surrounding rainforest. Tramping, a New Zealand-speak for hiking, is incredibly popular at Milford Sound. Nearly a million tourists visit the area every year, despite its somewhat remote location. Originally overlooked by European explorers, the area is now known for its beauty and abundance of wildlife. It’s not uncommon for visitors to spot dolphins, humpback whales, and native Fiordland penguins.

Since 1998, Milford Sound is one of about 90 places in New Zealand to now officially have a dual name, joining its former European name with the Indigenous Māori name. Now known as Milford Sound / Piopiotahi, the Māori named the area after the extinct piopio bird. According to myth, the Māori hero, Māui, died during his quest to win immortality for mankind. A single piopio flew into the fjord to mourn him. This bird was memorialised in the name, as the Māori word ‘tahi’ means ‘one.’ The Māori people first travelled to the area centuries ago to hunt and fish. They also collected the precious pounamu (aka greenstone) used for trade, carving, and weaponry.