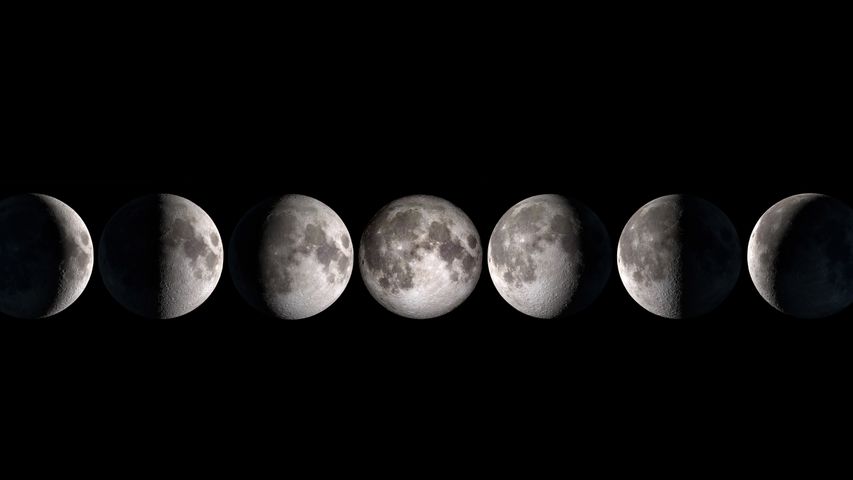 Bigger and brighter than anything else you can see from Earth in the night sky, the Moon has inspired our calendar, our songs, our art, our stories and our dreams. So far, it’s the only place beyond our planet that humans have visited. Fifty-three years ago, millions of people around the world watched NASA astronaut Neil Armstrong step out of the Apollo Lunar Module Eagle and onto the surface of the Moon. Fellow astronaut Buzz Aldrin followed him 19 minutes later, and the pair spent more than two hours exploring the landing site and collecting samples of lunar material. They and a third astronaut, Michael Collins – who flew the command module that took them back to Earth – spent eight days in space before landing in the Pacific Ocean.

The Moon is Earth’s only natural satellite, orbiting our planet about every 28 days, what we refer to as a lunar cycle. The Moon has virtually no atmosphere, no evidence of life, no water, no sound and very low gravity. It is literally a dusty ball of rock. Yet, the Moon stabilises Earth's wobble on its axis and therefore moderates our climate. Most scientists believe it was formed out of debris ejected from Earth after a massive collision with another planet-like body. If that’s true, the Moon is part of Earth, inextricably linked forever.