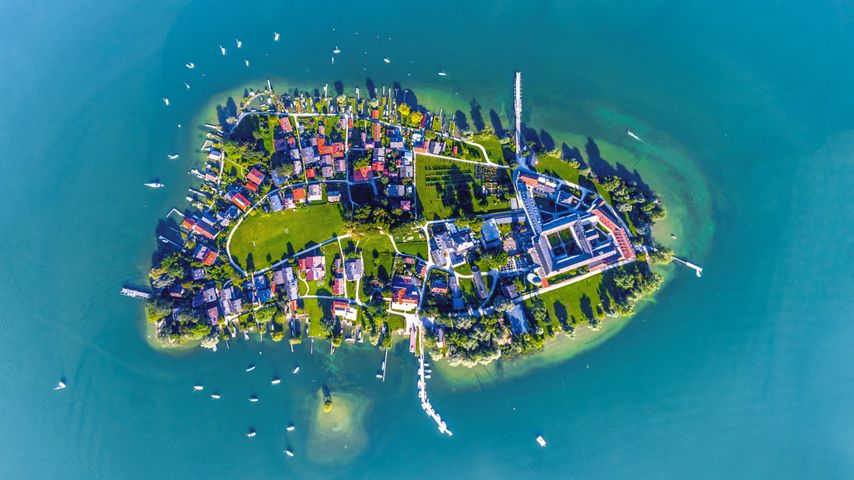 Fraueninsel is the second largest island on Lake Chiemsee, an almost 80-square-kilometre freshwater lake in Bavaria, Germany. The car-free island of Fraueninsel – Women’s Island in English – was named after the convent of Benedictine nuns it houses. Frauenchiemsee monastery, also called Frauenwörth, was founded in 782 by Tassilo III, Duke of Bavaria. And while it has a long and storied past, perhaps most surprising of all is what it is known for today – Kloster Liquor, a spirit made with fresh herbs from the monastery garden.

Fraueninsel is also home to approximately 250 people who live in the island’s only settlement, Frauenchiemsee, and is a popular destination among day-trippers wishing to enjoy the island’s serenity. Lake Chiemsee is the largest lake in Bavaria and the third largest in Germany after Lake Constance and Müritz. In the absence of a coast of its own, the locals affectionately refer to this freshwater lake as the Bavarian Sea.