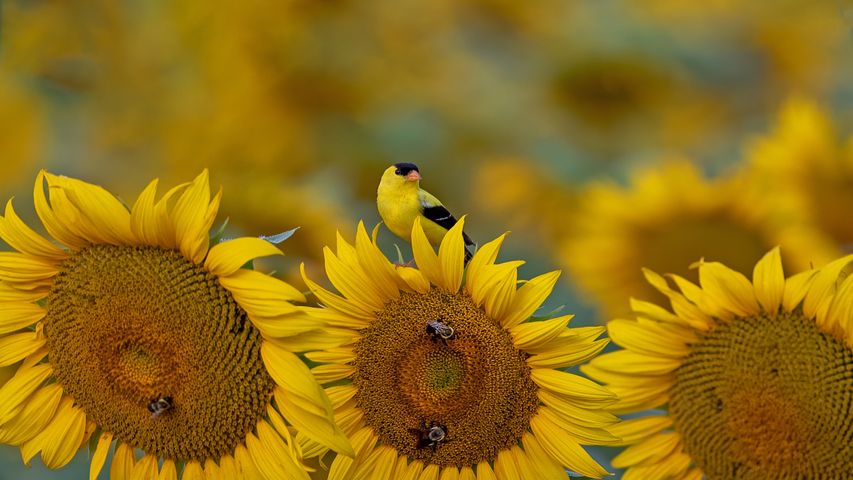 Today we’re in South Carolina in the Unites States looking at a beautiful American goldfinch perched atop a sunflower. While the matching colour scheme makes for a great photo, it’s likely this little bird has stopped for a meal. American goldfinches are among the strictest vegetarians in the bird world, preferring grains and seeds, especially sunflower seeds. That’s why it’s not uncommon to see them in neighbourhoods with well-stocked bird feeders. In fact, human activity has generally benefitted American goldfinches overall. The birds thrive in areas where forests have been removed – they prefer open meadows or fields covered in weeds.

The European goldfinch has long been kept as a pet bird, perhaps due to its ability to learn simple tricks. Meanwhile, its American cousin is a diurnal bird, meaning it’s most active during the day. The colourful males pair off with the less vibrant, but equally as beautiful, females during mating season, but throughout the rest of the year the American goldfinch can be seen flying in flocks of 50 to 100. You may even hear their distinctive song, which they incorporate into their flight calls, as they pass overhead.