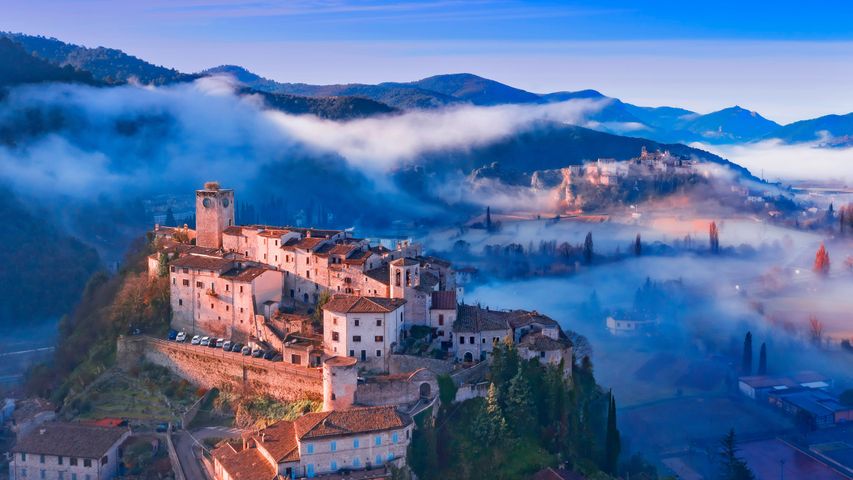 The village of Arrone was established in the Valnerina valley, in the scenic Italian region of Umbria, in the 9th century CE. Its narrow alleys, medieval houses and fortifications attract tourists to this picturesque region, known as the green heart of Italy. That iconic square clock tower, with an olive tree on top, is what remains of the fortress built by the Arroni family, the founders of the village.

And then there are the two churches. The modest 13th-century San Giovanni Battista church at the top of the village – “la Terra” to locals – has walls painted with figures of saints and a bell tower. Its Campanari di Arrone – the village bell ringers – are the guardians of traditional bell-ringing methods. Lower in the village, the Church of Santa Maria Assunta is also filled with gorgeous frescoes dating to the early-16th and 17th centuries, as well as 16th-century glazed terracotta sculptures. So much history packed in to such a little village.