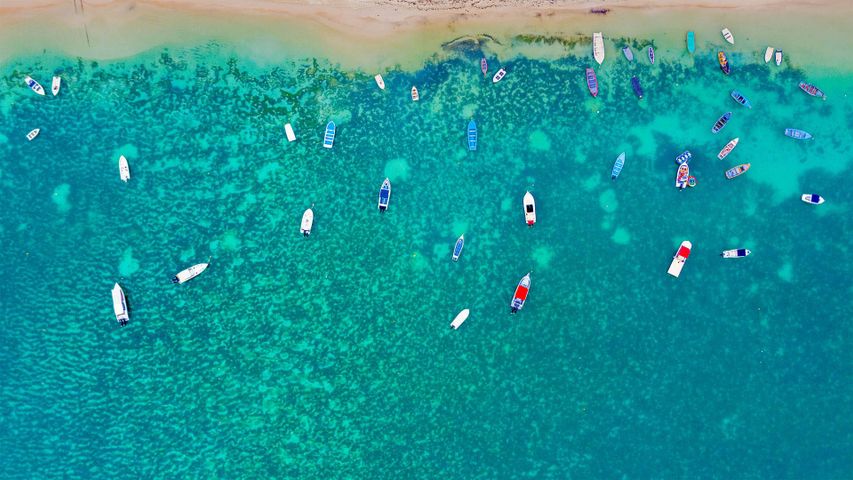 These turquoise waters are touching the sands of Mont Choisy Beach in Mauritius, an island nation off the south-east coast of Africa. It's a popular place for locals and tourists to swim, enjoy the sun, or take one of these boats to catch some fish. The island has a unique cultural history. Most scholars believe it was known to Arab seafarers by the 10th century, but it remained unpopulated until Portuguese sailors established a base on the island in the early 1500s. Mauritius was later colonised in succession by the Netherlands, France and Great Britain before gaining independence in 1968. Over the years, Mauritius has developed from a low-income economy based mostly on sugarcane (still one of its biggest exports), to a more diverse one that includes tourism, clothing production and technology.