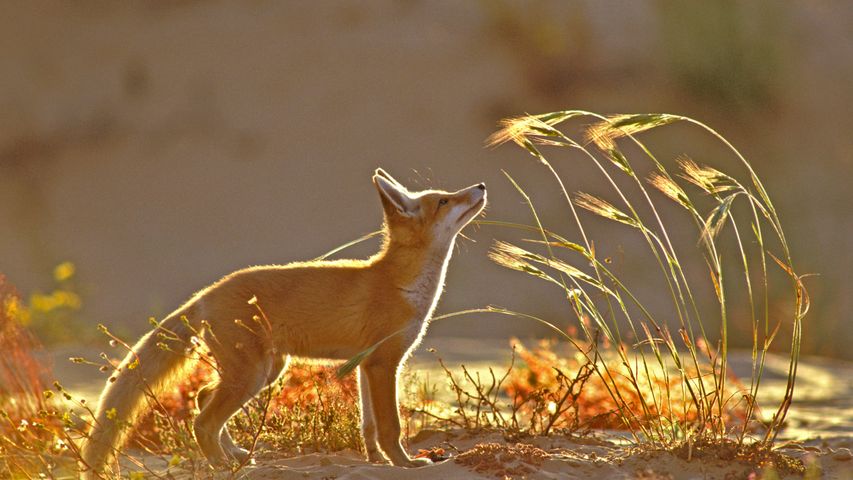 The cunning fox is an appropriate poster pup for the ‘dog days’ of summer, which, according to some calculations, start on 3 July and end in 40 days on 11 August. The phrase, which refers to the long, hot, languid days of summer are associated with the ‘dog star,’ Sirius, the brightest star in the night sky and the main star of the constellation Canis Major.

The ‘dog days’ begin when Sirius rises - that is, when the star first becomes visible above the eastern horizon - at least in the Northern Hemisphere. It was so bright that the Romans believed it gave extra heat and caused the hottest days of summer.

In the Southern Hemisphere, the appearance of Sirius marked the start of winter for Polynesians, who used it as a lodestar to navigate the ocean. For those of us up north, Sirius and the ‘dog days’ simply mean keeping cool while enjoying the longest days of the year. Foxes typically spend their summers parenting their offspring, called kits, and readying them for the autumn when they will head out on their own.

A harvest mouse living in a tennis ball in Thetford, Norfolk