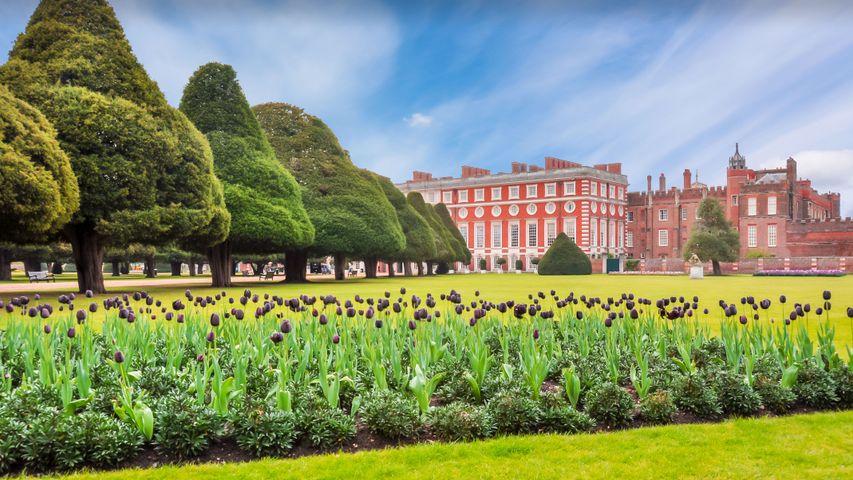 These magnificent yew trees line the path to Hampton Court Palace, once a favourite haunt of King Henry VIII which has seen dynasties come and go from the Tudors to the Victorians. These days, no member of the Royal Family lives at Hampton Court – the last to do so was George II in the early 18th century – but it is a huge visitor attraction, with its historic architecture, landscaped gardens and famous 300-year-old hedge maze.

It was Henry VIII’s Lord Chancellor, Cardinal Wolsey, who began its transformation from a country house to a palatial residence back in 1514. When he fell from favour, it ended up in the king’s hands and went on to become one of Henry VIII’s favourite residences. All six of his wives lived here at some stage or another. His fifth wife, Catherine Howard, was arrested here before being executed and is said to haunt the corridors. The building would be further developed through the ages and various monarchs, including designs by the famous architect Christopher Wren.

This week, these historic palace grounds play host to the world’s largest flower show, the RHS Hampton Court Palace Garden Festival, spread over 34 acres. The Floral Marquee is big enough to fit an FA football pitch inside and more flowers are sold here per square mile, than anywhere else in the UK.

Salcombe harbour on the south coast of Devon