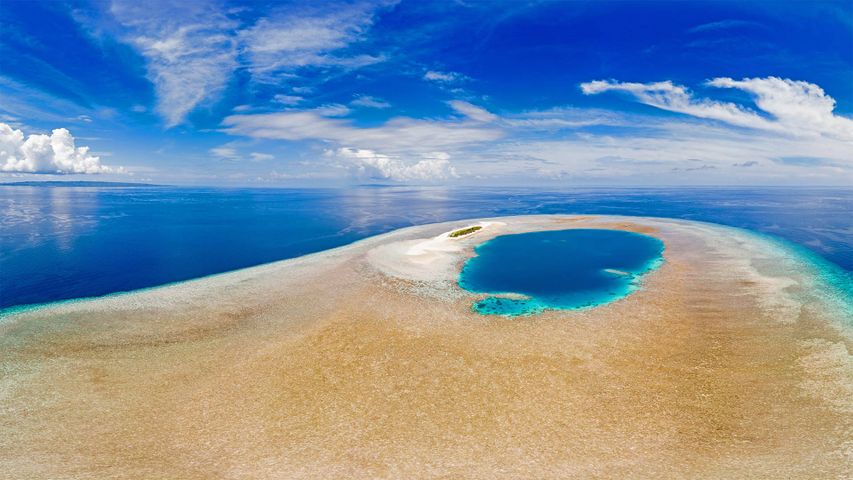 Around 400 species of coral are found in these pristine waters in Indonesia’s Wakatobi National Park, home to a staggering variety of marine life. Dolphins, whales, turtles and hundreds of species of fish roam the waters here, in one of the world’s most diverse underwater environments.

The park was established in 2002 and protects more than 5,000 square miles, an area mostly covered by coral reefs. In fact, the barrier reef here is second in size only to the Great Barrier Reef itself and is so full of life that famed oceanographer and explorer Jacques Cousteau is said to have called it an 'underwater nirvana'. Many have followed in Cousteau's wake, and Wakatobi, which is at the heart of a huge and biologically diverse marine ecosystem known as the Coral Triangle, has become a preeminent destination for diving and snorkelling.

A harvest mouse living in a tennis ball in Thetford, Norfolk