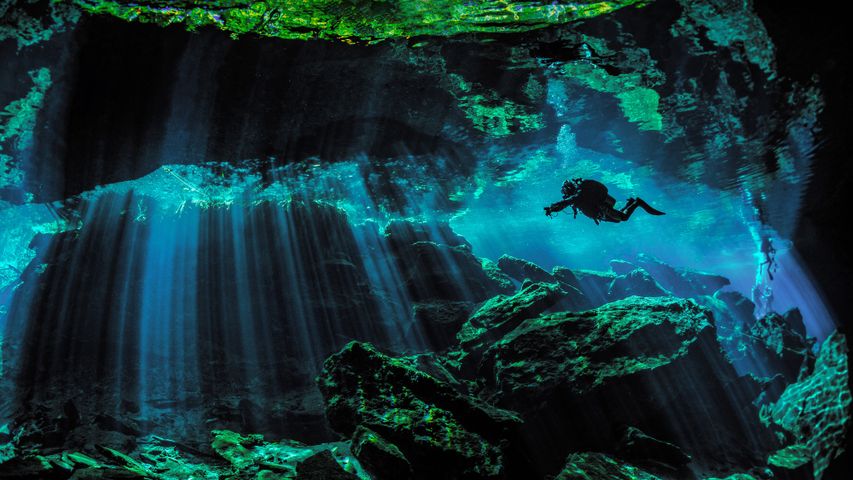 Like a giant block of Swiss cheese, Mexico’s Yucatan Peninsula is riddled with holes called cenotes. Cenotes form when subterranean limestone dissolves, allowing underground water to penetrate. The rock above may cave in, forming a pit and revealing the cool, often crystal-clear water, while other cenotes may remain hidden and unexplored. Cenotes vary in size from very small to several dozen yards across, and recent discoveries have shown that cenotes lead to a series of underground cave systems that can span several miles in length.

In a region with little rainfall and no rivers or streams, the Yucatan’s 6,000 cenotes were vital to the many cities of the Mayan civilization that used them as a primary source of fresh water. While some of the peninsula’s cenotes have a mix of salt water and fresh water, many of the holes have remarkably clean fresh water that has slowly filtered through rock. The light that reaches into the underground chambers creates a magical effect. It makes for fantastic swimming and diving opportunities. Many of the larger cenotes feature platforms and ropes to jump off, and they are often located near historically significant Mayan ruins.