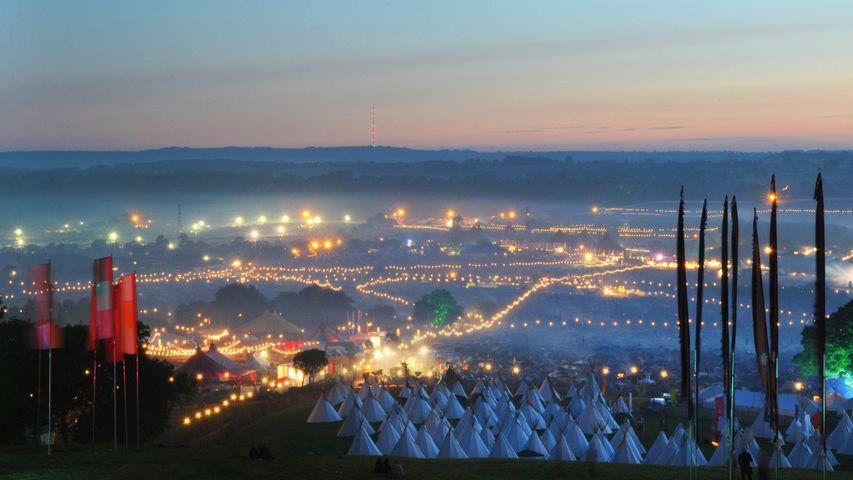 The long wait for Glastonbury’s 50th anniversary celebrations is finally over, as the legendary music and performing arts festival in Pilton, Somerset gets underway. It’s now been 52 years since the first ‘Pilton Pop, Blues and Folk Festival’ was hosted by Glastonbury’s founder Michael Eavis in September 1970 – but the coronavirus pandemic meant the 50th festival had to be delayed. This year it’s back with a bang, with Billie Eilish, Paul McCartney and Diana Ross among headliners on its famous Pyramid Stage.

Back in 1970, attendance was somewhere around 1,500 people – these days up to 200,000 people descend on the land around Worthy Farm each June to see some of the biggest names in music. A huge tent city appears around zones catering for all tastes, from the biggest gigs, to films, political debate, chilled-out areas and family-orientated activities.

The area around Glastonbury is a mystical place, steeped in folklore and legends. The festival starts the day after the summer solstice, which draws crowds to ancient Glastonbury Tor. It means this part of south-west England will be particularly busy with visitors hoping to tap into its unique energy as they see in the start of summer.