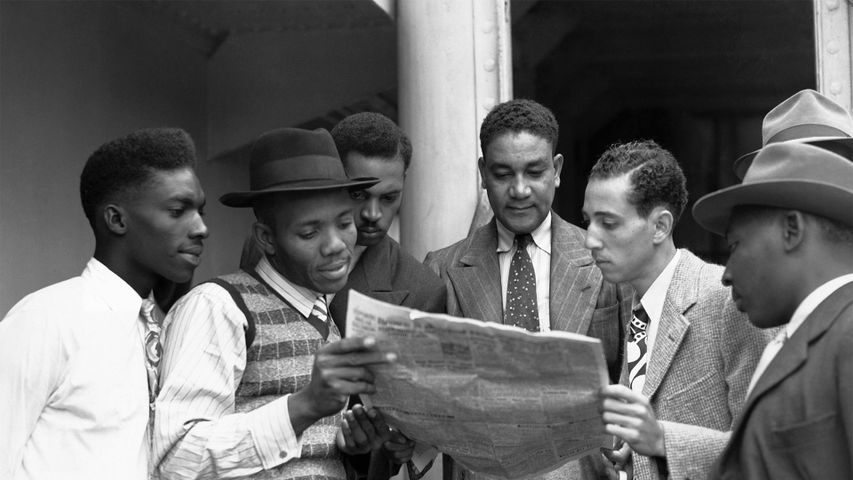 Windrush Day. Aboard the Windrush

Seventy three years ago today, on 22 June 1948, the Empire Windrush had arrived at the Port of Tilbury in Essex, carrying hundreds of people from the Caribbean, a milestone in the making of modern multicultural Britain. Our homepage image shows a group of men reading the headlines about their arrival on board the ship, which had docked the previous day. The ship had stopped in Kingston, Jamaica, to pick up servicemen who were on leave. But as it was not full, an advertisement was placed in a local newspaper, offering to transport anyone who wanted to seek work in Britain.

Among the 1,027 passengers were 802 from Caribbean countries, including some who had served in the British armed forces. Some came looking for work, others just to see the country. Despite facing racial prejudice and unequal treatment, the majority ended up staying and would become the first of the Windrush generation - the people who arrived in the UK from Caribbean countries between 1948 and 1971.

Campaigner Patrick Vernon began the call for Britain to mark 22 June in 2013, and stepped it up in 2018 during the Windrush scandal, when changes to immigration laws led to many of the Windrush generation being wrongly told they were here illegally. The UK government gave the campaign its backing that year, 70 years after the Empire Windrush arrived in Essex.