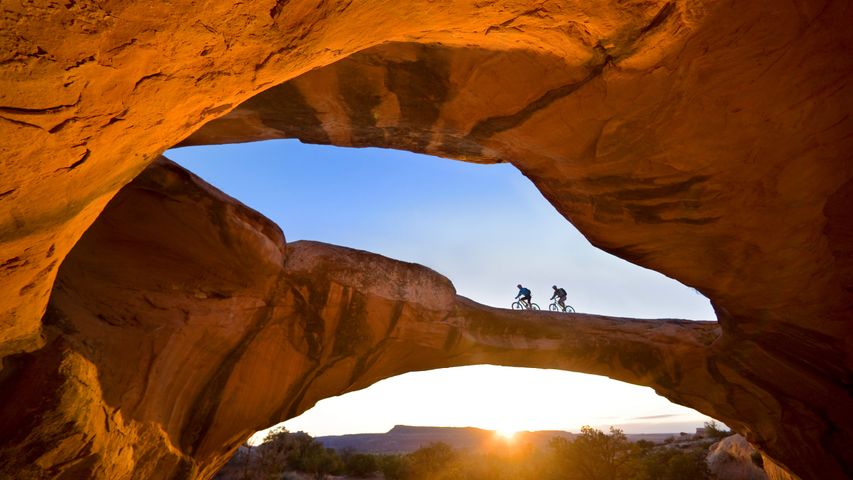 On this World Bicycle Day, we spy a pair of cyclists cruising across Uranium Arch, a natural rock arch in the desert near Moab, Utah. Moab is a hotspot for mountain bikers due to its sprawling, intersecting trail system and stunning views. Popular trails take bicyclists over landscapes of petrified sand dunes and eroded remnants of an ancient seabed. The arches seen here are among the thousands you can find near Moab, and you can still ride over arches like this one that lie outside of Arches National Park.

Since 2018, the U.N. General Assembly has recognized June 3 as World Bicycle Day to honour two centuries of two-wheelers. The bicycle has gone through many iterations since Karl Drais created a brakeless, pedal-less bike forerunner called a 'vélocipède' (also known derogatively as a dandy horse) in 1817. The German inventor would likely be floored by today's variety of bike options, from lightweight road bikes to heavier mountain bikes with fat, knobby tires designed to handle rougher terrain and even snow. More than 200 years after Drais introduced his two-wheeled contraption, bicycles carry more passengers around the world than ever. Chances are there's one just waiting for you to take it for a spin, and what better day to do so than World Bicycle Day?