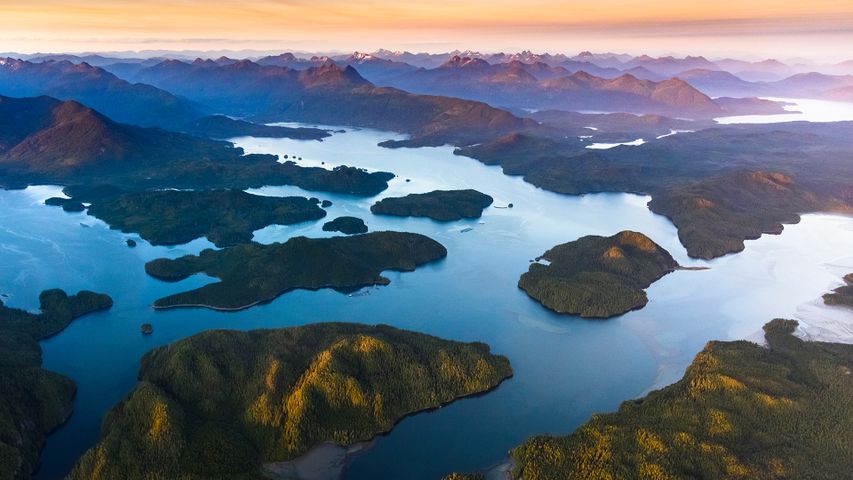 Today we’re taking in breathtaking views of the Pacific Rim National Park Reserve located on Vancouver Island in British Columbia. This park is made up of three distinct regions – The West Coast Trail, Broken Group Islands, and Long Beach. The West Coast Trail was originally carved out in 1907 as a rescue path for mariners having faced shipwreck. The hiking trail is 75 kilometres long and is surrounded by spruce and cedar trees. The Broken Group Islands are a collection of about a hundred fragmented islands. They can best be seen by boats while maneuvering through a maze of waterways. And finally, the Long Beach is in the northern part of Pacific Rim National Park Reserve and is a popular destination for marine life and surfing enthusiasts.

The Dune of Pilat in Arcachon Bay, southwest France