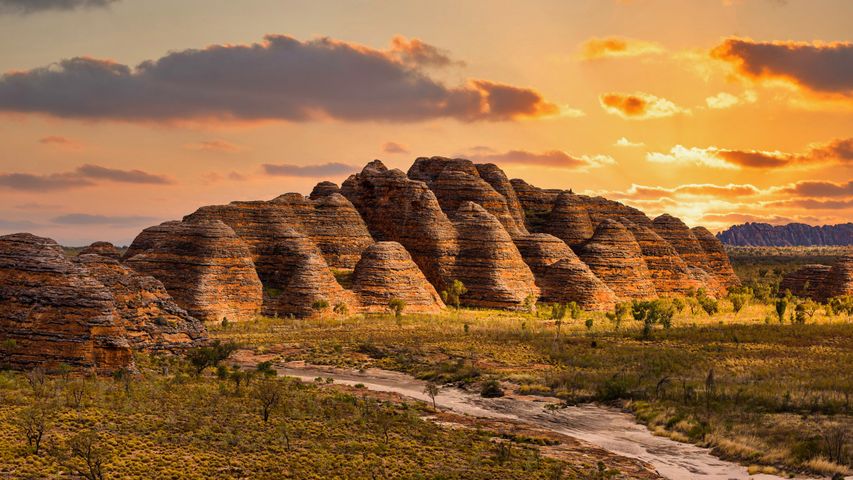 Aboriginal Australians have lived in this area for more than 20,000 years. But only recently did the rest of the world learn of the otherworldly terrain of the mountains known as the Bungle Bungle Range. In 1982, a nature-documentary crew were filming remote areas within the Kimberley region of Western Australia and 'discovered' the little-known mountain range. Today it is the most popular aspect of Purnululu National Park, a Unesco World Heritage site.

The Bungle Bungle Range is composed of sandstone domes that can be up to 800ft (244m) tall. Formed by wind and rain over millions of years, the domes’ striking stripes are alternating rusty orange bands coloured by iron-oxide and grey bands coloured by colonies of single-celled microbes called cyanobacteria. Beneath the beehive formations are large pools and caverns, some of which have ancient Aboriginal cave paintings on the walls.