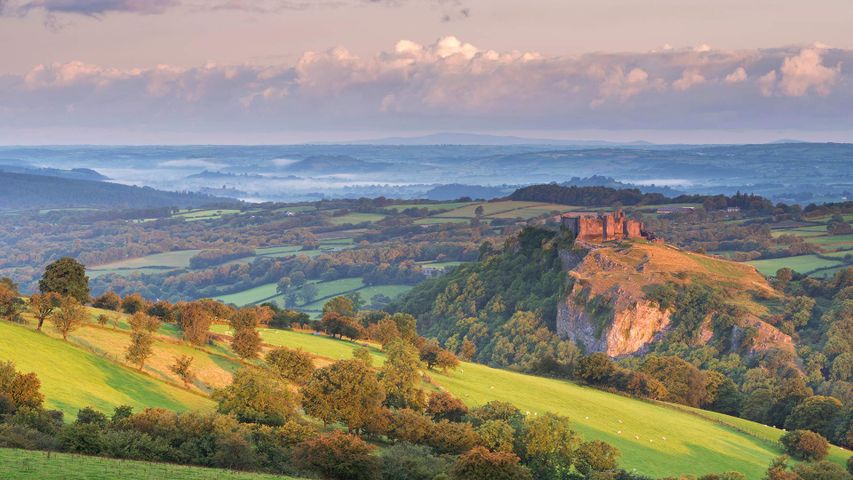 Castle in the sky. The towering ruins of Carreg Cennen

From the top of this limestone rock, Carreg Cennen castle has dominated the landscape here in Camarthenshire since the end of the 13th century (although Roman and prehistoric finds suggest it has been a significant site for much longer). This romantic ruin dates back, as many Welsh castles do, to the reign of the English king Edward I. The original castle on the site was seized in 1277, demolished and rebuilt. This version would change hands a few times before being left in ruins after the House of York won the Wars of the Roses in 1461 – the castle’s owners had backed the losing Lancastrian side.

The castle’s southern side is a sheer cliff-face – a difficult approach for any hostile army. The 100m-high rocky outcrop sits between two faults forming part of the Carreg Cennen Disturbance – an ancient weakness in the Earth’s crust that runs for dozens of miles in south and mid Wales.

Like other sites in Wales, which remains in lockdown with only essential travel permitted, the Brecon Beacons National Park is asking people to stay home and not to visit to reduce the risk of spreading coronavirus.