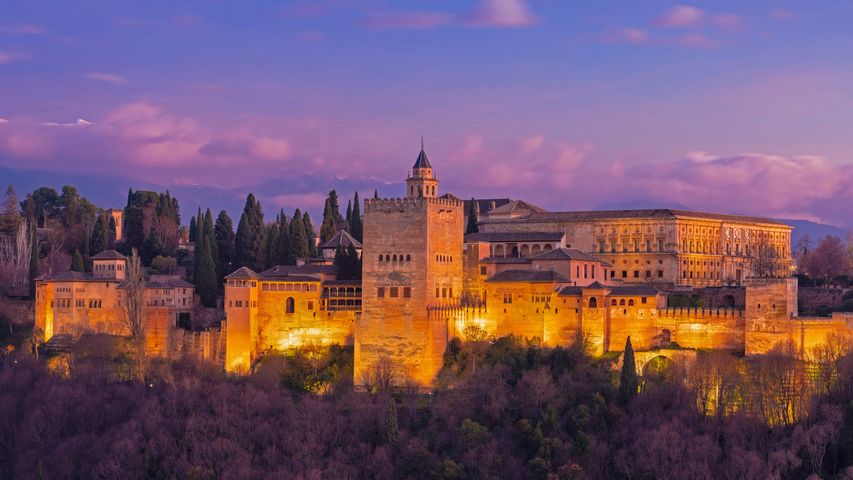 Sitting at the base of the Sierra Nevada mountain range in Andalucia, Granada is considered one of Spain’s most beautiful cities. This becomes even clearer when you include the Alhambra as one of its attractions. Construction of the Alhambra (Arabic for ‘red castle’) began in 1238 under the rule of Muhammad I Ibn al-Ahmar of the Emirate of Granada. It is widely believed to be one of the most stunning examples of architecture from the historic Islamic world.

The palace was under the control of the Moors up until the completion of the Christian Reconquista in 1492, when the Alhambra became the royal court of Ferdinand and Isabella. They greeted Christopher Columbus there later that same year. Spanish rulers would soon leave their imprint on the complex, with Spanish Renaissance designs standing in contrast to the existing structures.

After centuries of disuse and damage, including an occupation by Napolean’s forces during the Peninsular War of 1807-1814, the grand palace was rediscovered among European and American travellers, which led to extensive restorations. In 1984 the Alhambra was named a UNESCO World Heritage site. Today it's one of Spain’s most visited tourist destinations.