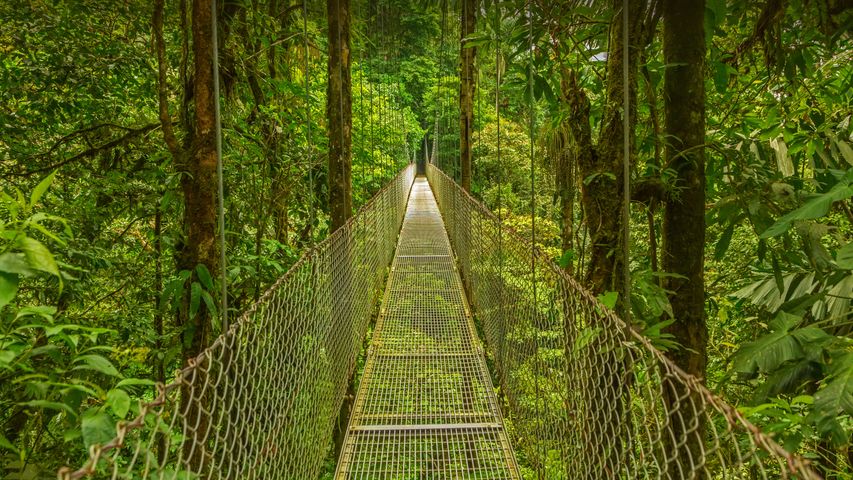 Today we’re taking a walk through the clouds to visit one of the most beautiful and biodiverse places on the planet. Costa Rica’s Monteverde Cloud Forest is in the Tilarán mountain range 1,500 metres above sea level. Hundreds of different animal species and thousands of insect and plant species call the forest home. Nature lovers could count nearly 700 different types of butterflies and 500 different species of orchids during a visit. Famous in the scientific community, the forest also attracts more than 70,000 tourists a year.

You may be wondering, what exactly is a ‘cloud forest’? Different than a rainforest, they’re forests high enough above sea level to be covered by constant mist and fog. This makes for damp and humid, yet cool conditions. They’re rare, with only 1% of the current international woodland believed to be true cloud forest. Completely dependent on an area’s local climate, it is expected that many of the 736 locations now identified as cloud forests will be strongly impacted and changed in the coming years. Monteverde, in fact, is known as the location where the first climate-related species extinction was recorded – in the 1980s, the golden toad became infected with a fungus that spread into the area due to the changing climate.