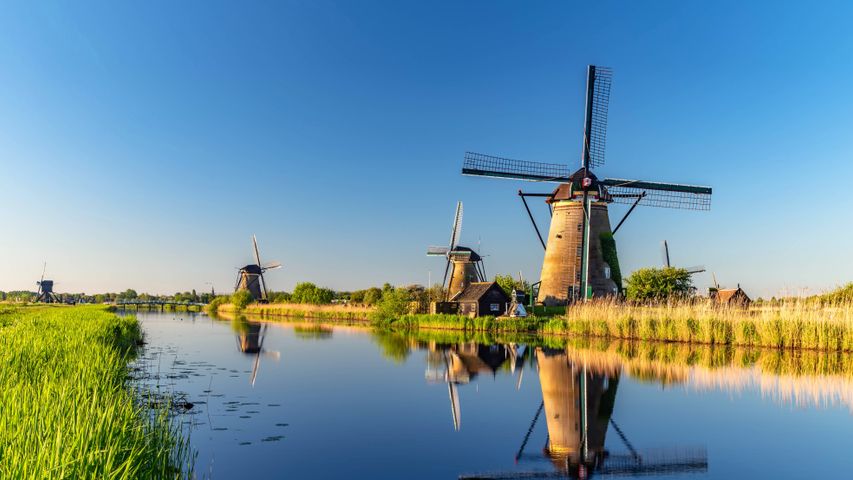 This stretch of windmills is one of the best-known Dutch tourist sites – you probably recognise them from postcards and calendars. Both iconic and historic, the windmills in the village of Kinderdijk have been a UNESCO World Heritage Site since 1997. The Netherlands has about 1,200 windmills, though only 300 or so are still operational. Over the years they’ve played a major role in pumping seawater away from the nation's reclaimed land. Keeping the water at bay is a perennial issue for the flat 'low countries,' where much of the ground is below sea level.

The second Saturday in May is National Windmill Day in the Netherlands, when windmills all over the country open their doors to visitors, letting locals and tourists alike marvel over the simple yet highly effective inner workings. And of course, though the wind is a force of nature that’s been harnessed for centuries, it’s having a resurgence, albeit in a more high-tech form. It’s a leading producer of ‘green’ energy and is expected to grow dramatically in the coming years. So, on National Windmill Day, let’s tip our hats to these sturdy ancestors while also cheering the pioneering work of the sleek, graceful new generation.