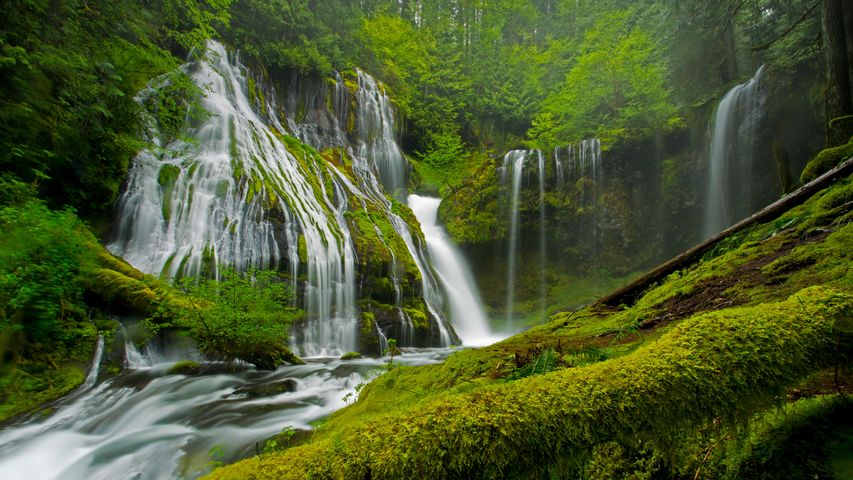 A large forest with 6,000 of years of history. Gifford Pinchot National Forest

Today we’re paying a visit to an ‘elder statesman’ of the United States’ national forests. Seen in today’s photo is Panther Creek Falls at Gifford Pinchot National Forest in Washington state. Officially, the forest was named in 1949 in honour of Pinchot, the first head of the US Forest Service. Located between Mount St. Helens to the west and Mount Adams to the east, the land was set aside as a place worth preserving as far back as 1897. But people had been living in the forest for more than 6,000 years. Archaeologists continue to make discoveries within the dense forest that teach us about the past lives of Native Americans.

Spanning 1.3 million acres, GPNF exhibits an array of natural wonders – forests, wildlife, mountains, and numerous rivers and lakes that offer excellent fishing. Goose Lake is said to be the best fishing hole in the state. The forest is known as a native habitat for several threatened species, like the spotted owl, bull trout, and chinook salmon. One of the largest known Ponderosa pines in the world rose 202 feet at the base of Mount Adams before its death in 2015. The grounds also include the 110,000-acre Mount St. Helens National Volcanic Monument, established in 1982.