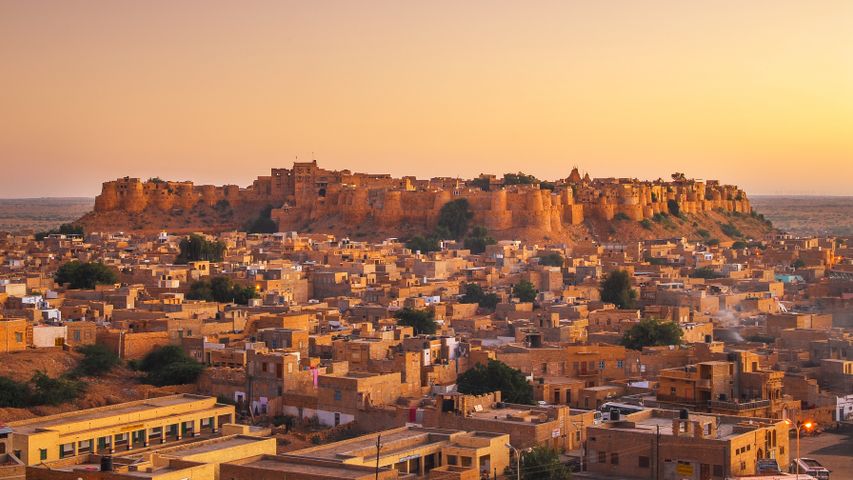 Jaisalmer Fort is situated in the city of Jaisalmer, in the Indian state of Rajasthan. It is believed to be one of the very few “living forts" in the world (such as Carcassonne, France), as nearly one-fourth of the old city's population still resides within the fort.

Built in 1156 by King Rawal Jaisal, Jaisalmer Fort dominates the countryside in the far northwestern corner of Rajasthan, near the border of India and Pakistan. The fort's massive yellow sandstone walls are a tawny lion colour during the day, fading to honey-gold as the sun sets, thereby camouflaging the fort in the yellow desert. For this reason, it is also known as the Sonar Quila or Golden Fort. The fort stands amidst the sandy expanse of the great Thar Desert on Trikuta Hill.

Today, Jaisalmer Fort remains a labyrinth of residences, shops, temples, and a palace complex. Its walls surround a thriving city; its 2,000 residents make this the last living fort in India. Conservation and preservation are integral to the longevity of this medieval architectural marvel and to the lives of people who call Jaisalmer Fort home.