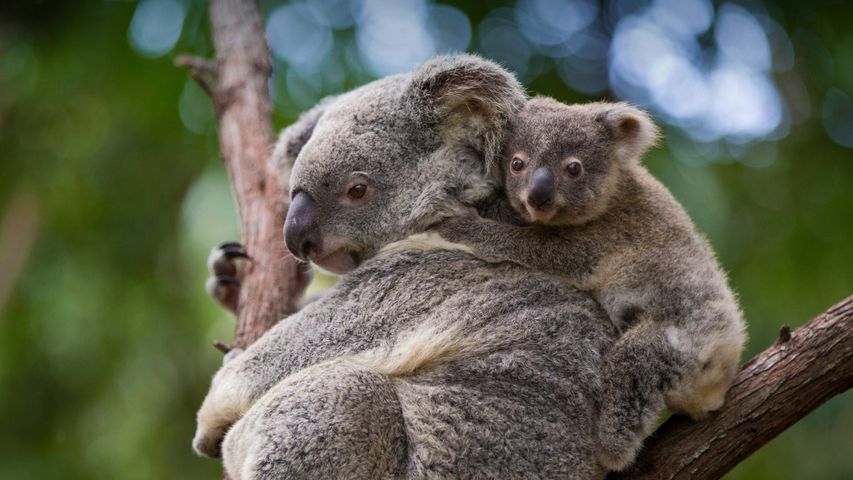 Among mothers, few can claim as deep a bond with their baby as a koala mom. Because her pregnancy lasts only a month – likely making her the envy of other mammal mothers – her baby emerges into her embrace still in the embryonic stage, about the size of a jellybean. Mom will spend the next year carrying her baby, called a joey, either inside her pouch or on her back, a feat that makes her annual Mother’s Day card well-earned.

Sometimes inaccurately called koala bears, koalas aren’t bears at all. Koalas are marsupials, and like most marsupials, they have maternal pouches. Other marsupials include kangaroos, wombats, and opossums, but the universally recognised koala might be the most photogenic of the gang. As such, the adorable creatures have become symbols of their native Australia.

If they always seem to be striking a relaxed pose, that’s because they're sedentary tree-dwellers, inhabiting the eucalyptus forests of eastern Australia. A koala’s diet consists mainly of eucalyptus leaves, which are low in calories and nutrients – that's why a koala typically spends 20 hours a day sleeping or resting. That doesn’t leave time for much else but eating. Good thing koalas are asocial animals and tend to be loners. If you ever see two koalas together, they're likely mother and joey, making a koala’s mother-child bond all the more special.