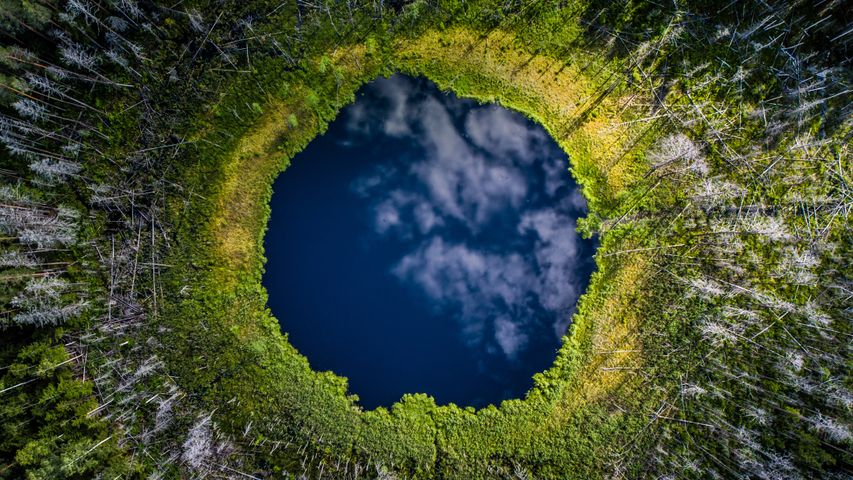 This lake is in Karula National Park, the smallest national park in the smallest Baltic nation. Located in southern Estonia, it is home to lots of endangered species, including animals like the pond bat, the lesser spotted eagle and the black stork. Rare plants thrive here, too, such as the endangered Baltic orchid, mezereon and the daisyleaf grape fern. The dead, white trees around this lake may seem diseased, but they’re actually a sign of a healthy beaver population. The beaver’s dams cause the water to rise, which drowns the roots of the trees.

Karula National Park is a popular place for camping, adventure tourism, fishing, nature photography, hiking and cycling. Thousands of years of human activity have contributed to this changing landscape, but the rolling hills and the 40 lakes in the park were caused by retreating glaciers some 10,000 years ago.