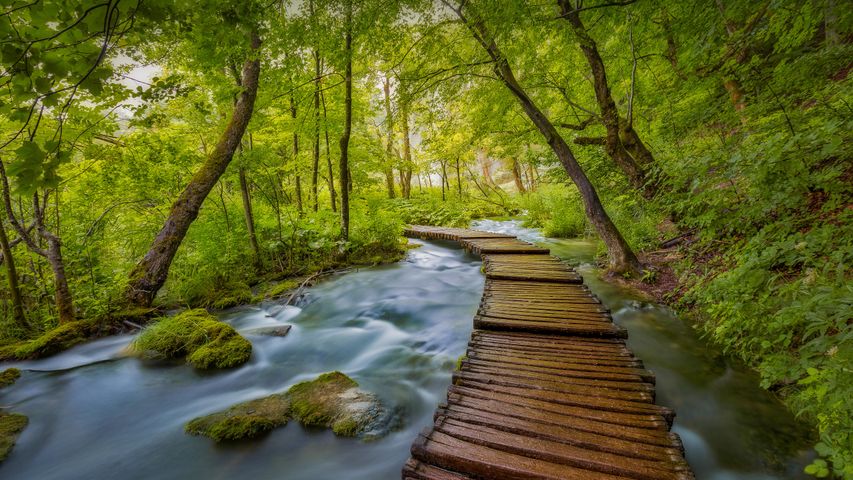 In a country more famous for its coastline, about a million visitors each year travel inland to walk along these boardwalks and admire the spectacular lakes and mountains. Plitvice Lakes National Park is the oldest and largest of Croatia's national parks. The big attraction is the series of 16 descending, turquoise-coloured lakes, connected by subterranean karst rivers, and above ground by streams and waterfalls. The lakes are separated by natural dams of travertine, which is deposited by moss, algae and bacteria. The water changes colour from green to azure to grey depending on the angle of the light and the density of minerals and organisms in the water. About 18 kilometres of wooden boardwalk make it easy for people to wander among the lakes, waterfalls and caves that are open to visitors throughout the year.

The 297-square-kilometre park was established in 1949 in what is now central Croatia, near the border of Bosnia and Herzegovina. In 1979, Plitvice’s unique beauty put it on the list of UNESCO World Heritage sites.