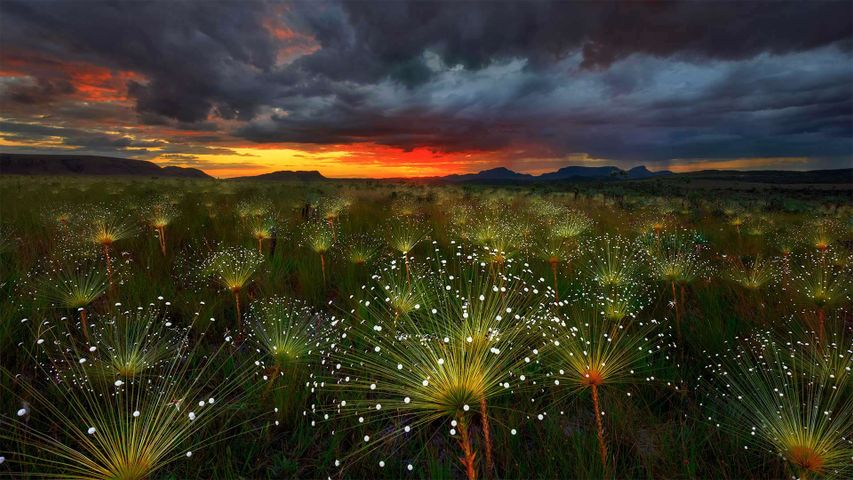 If you’re looking for a piece of paradise that’s off the beaten path, consider Chapada dos Veadeiros National Park, an exotic destination in central Brazil. Located on a towering plateau that’s estimated to be 1.8 billion years old, it’s home to many rare and beautiful species, including these delicate flowers, paepalanthus. Waterfalls are plentiful here. Ranging from 76 to nearly 122 metres tall, they cascade down among some of the oldest rock formations on the planet. Quartz crystals dot the landscape, and their reflections reportedly make the region shine when viewed from space.