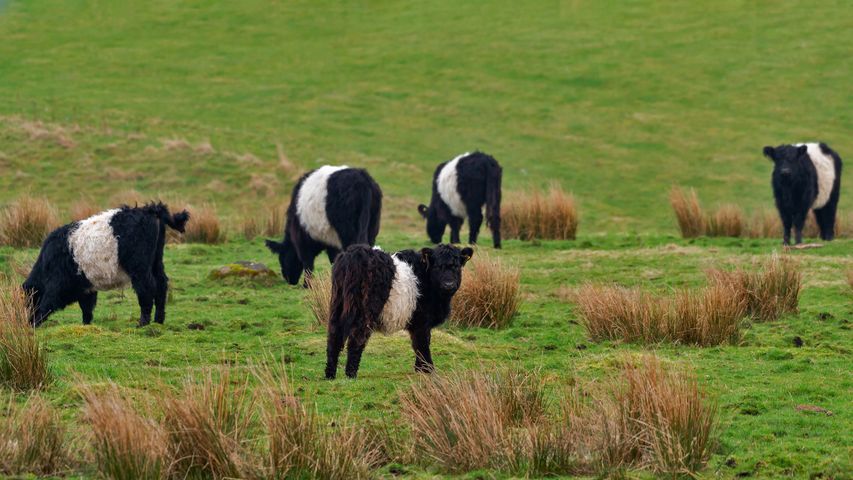 These cool cows are Belted Galloways, also known as ‘Oreo cows.’ The heritage breed originated in the southwest of Scotland, and it thrives on the region’s rough pastures and windswept slopes. Belted Galloways fight the elements with a double-layer coat: The long, coarse hair diverts rain, and beneath that, the cow has a soft undercoat to keep it warm and dry in the harsh Scottish winters.

How did these cattle get that signature white belt? It’s believed that black Galloway cattle were crossbred with Dutch Lakenvelder cows in the 17th or 18th century. While the black-and-white look is most common, the cattle can also sport a reddish or dun-coloured coat, always with that distinctive creamy white belt.

A close-up of bunchberry in Rose Blanche, Newfoundland