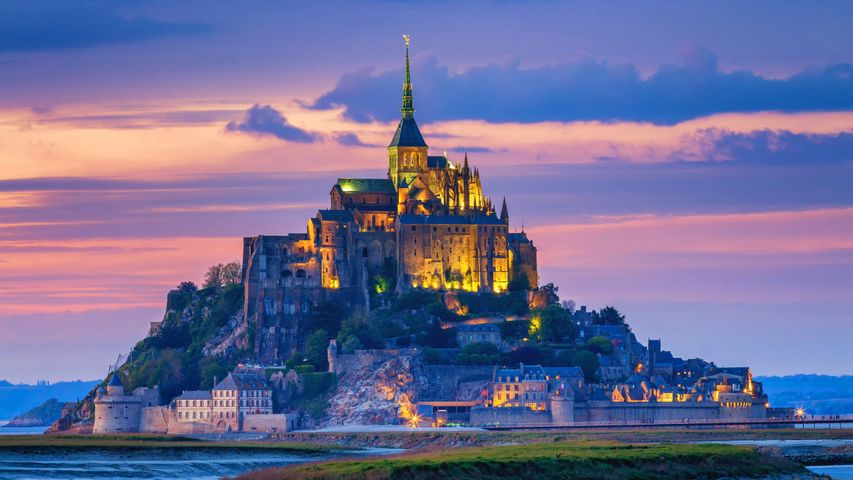 The stunning sight of Mont-Saint-Michel rising out of the bay is unforgettable. And visiting the island will be too if you time it right. The paved causeway is accessible only when the tide is out; otherwise, you’re at the mercy of the muddy flats, dangerous quicksand, and the quickly rising tide.

Today's visitors are following in the footsteps of pilgrims who for centuries traversed Europe to pray at the sacred site. The local bishop of Avranches built a chapel on this rock in 708 after the archangel St. Michael visited him in a dream, and the rest, as they say, is history. Now the island, half a mile off the coast of Normandy in northwestern France, is a UNESCO World Heritage Site. Its permanent population is fewer than 50 people, including a dozen or so monks and nuns, but more than 3 million visitors cross over to the island most years.