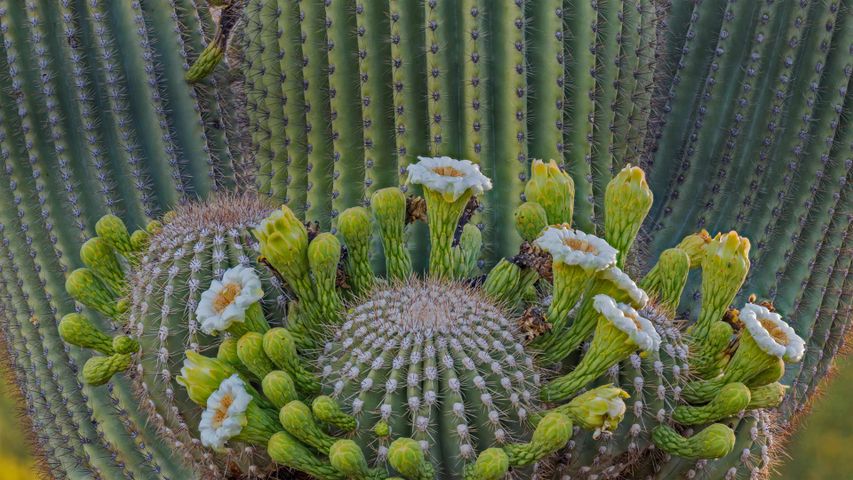 What state’s wildflower is this?

It’s getting to be wildflower season in the Sonoran Desert of Arizona, USA. That means it won’t be long before we see blooms from the big daddy of the cactus world–the saguaro. Our homepage pic shows just a glimpse of this amazing succulent. The saguaro is the largest cactus in the United States, capable of growing upwards of 50 feet tall and weighing several tons (that’s when it’s fully hydrated). It can live more than 100 years and will grow arms as it ages, creating that classic cactus profile that’s associated with the desert and Old West. As for its flowers, they’re short-lived, typically blooming at dusk and remaining open till midmorning the next day. The flowers form only at the top of the plant and the tips of branches. Later they’ll produce a red, edible fruit that will ripen by July.