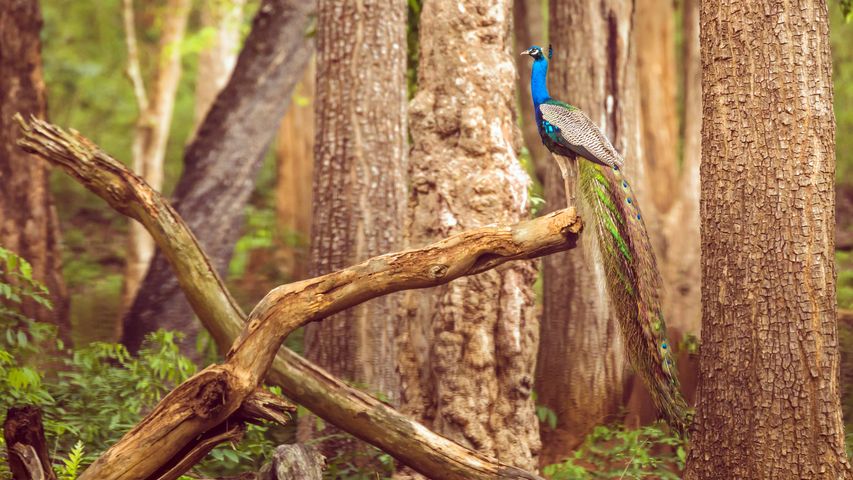 The national bird in the wild. Nagarahole National Park

Nagarahole National Park, also known as Rajiv Gandhi National Park, is a place of unspoiled wilderness, with serene forests, bubbling streams, and tranquil lakes and reservoirs. The park gets its name from the snake-like Kabini River, the largest of the park's waterways, which lies to its south and separates it from Bandipur National Park. ‘Naga’ means ‘snake’ and ‘hole’ means ‘stream’ in the Kannada language.

The wildlife reserve in the Southern Indian state of Karnataka is home to elephants, sloth bears, tigers, leopards, and over 250 species of birds. The commonly seen among them is the Indian Peafowl (also termed as a Peacock) – the one on our homepage today. Declared the national bird of India in 1963, it is a colourful, swan-sized bird, with a fan-shaped crest of feathers, a white patch under the eye, and a long, slender neck. A true national icon that symbolises flamboyance, royalty, and wisdom.