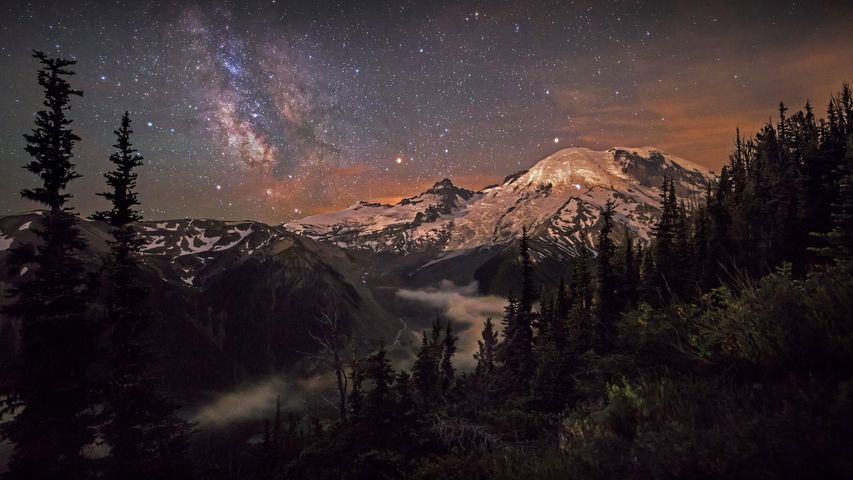 Mount Rainier, in the state of Washington, is one of the most glaciated peaks in the USA. Native Americans named it Tahoma, which means mother of waters. The mountain spawns five major rivers and, to this day, its melting snow provides much of the water for the region.

Although beautiful, Rainier is also one of the most dangerous volcanoes in the world. Scientists think it’s likely it will erupt in the near future. In addition to spewing ash and triggering landslides, a major eruption could trigger massive mudflows, called lahars, that would send a tsunami of mud, boulders and debris toward the cities of Tacoma and Seattle, only 100 miles away.

For now, we'll just admire the majesty of this sleeping giant and be thankful that the national park named after it, which was designated on 2 March 1899, protects 369 square miles of pristine wilderness from valleys and waterfalls to ancient forests and alpine meadows.