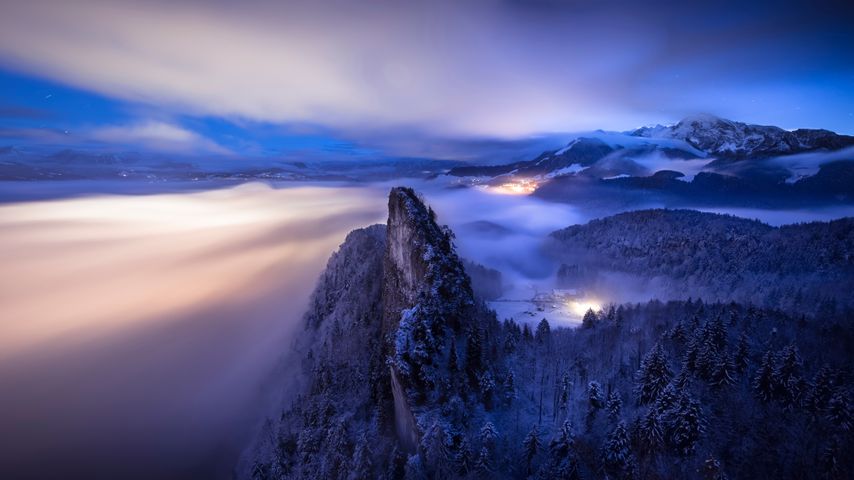 Rising out of the Bavarian mists near Germany’s border with Austria are the Berchtesgaden Alps, which surround the town of the same name. This pristine mountain landscape is popular with mountaineers and hikers, who have plenty of peaks to choose from. Berchtesgaden National Park, established in 1978, has nine mountain ranges over 210 square kilometres, including the towering Watzmann, one of Germany’s tallest mountains which reaches 2,713 metres at its highest point.

Berchtesgaden is the only Alpine national park in Germany and protects a varied landscape including deep forests, rugged cliffs and glaciers as well as green valleys and pastures. Also hidden somewhere beneath that thick cloud lies the emerald-green Königssee, one of Germany’s highest and most beautiful lakes.