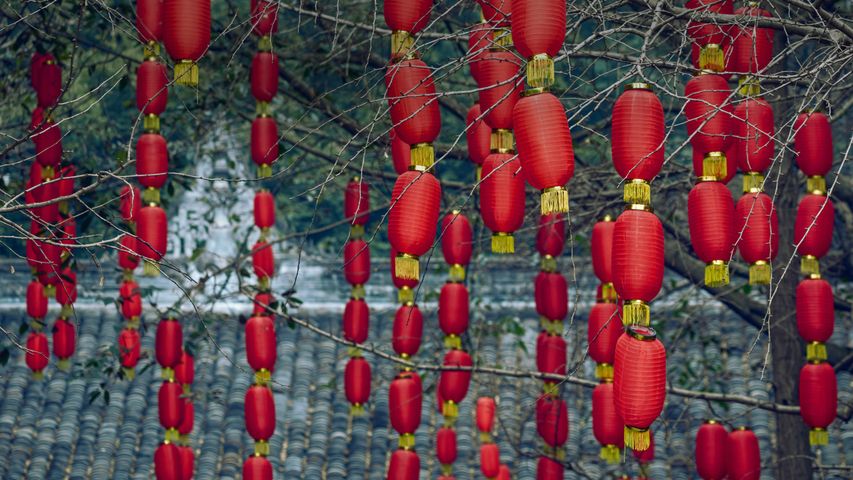 Lunar New Year festivities last 15 days, culminating with a good party known as the Lantern Festival. Here in Chengdu, the capital of southwest China’s Sichuan province, it's said that residents have been hosting Lantern Festival celebrations since the year 711, though the origins of the festival are believed to be more than 2,000 years old. This year's festivities will take place on February 15, with homes and businesses across the city draped in lanterns of all shapes and sizes, often in the traditional red silk with gold trim as you see here.

Of course, the Lantern Festival is celebrated across China, as well as in other countries that follow Chinese cultural traditions. Revellers fill the streets with dancing, fireworks, children's games, and enjoy special holiday foods—including tangyuan, balls of rice flour that are generally loaded with sweet fillings and simmered in a soup. After sundown, celebrants light the lanterns to welcome a new start as the Lunar New Year festivities come to a close.