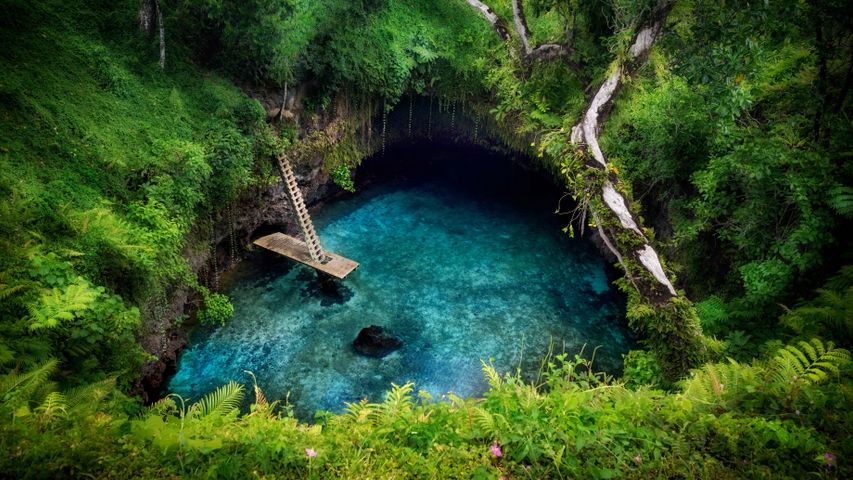 A crown jewel in the Pacific. To Sua Ocean Trench

This majestic swimming hole on Samoa's Upolu Island sits just inland from the coast. It was formed when the roof of an ancient lava tube collapsed, exposing the 98-foot-deep teal-blue pool. This is the largest of many such tide pools and blow holes formed in the area thousands of years ago. An underground cave system connects this swimming hole to the nearby ocean, and the water rises and falls with the tides.

'To Sua' translates to English as 'big hole.' While accurate, it feels like an understatement in this context. For adventurous visitors to Upolu Island, To Sua Ocean Trench can feel like a trip to another world. To get to this natural saltwater pool, make your way along a cliffside path surrounded by lush forest. Then climb down to the waters via the wooden ladder. After your swim, you can squeeze through a cave-like lava tube to find yourself on a short, sandy beach.