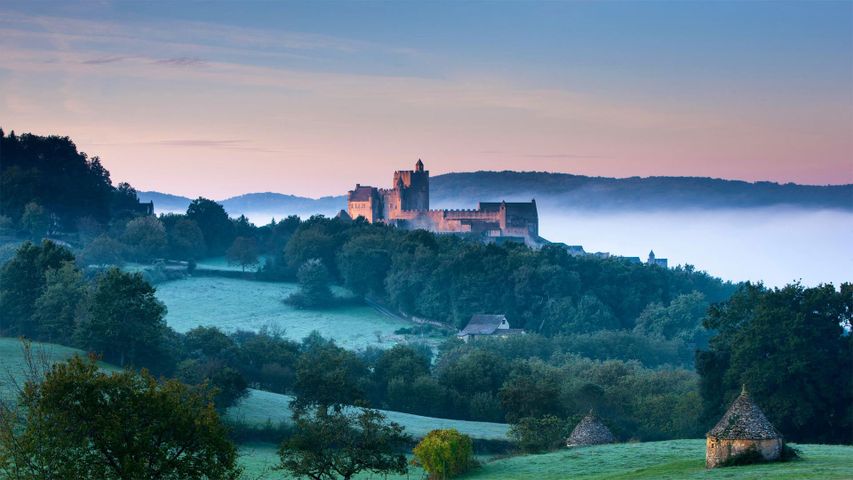 It's truffle season here in the Dordogne Valley

Perched high above the Dordogne River in France, the Château de Beynac is one of the best-preserved castles of the Périgord Noir region. This 12th-century fortress has been meticulously restored, showcasing for tourists such delights as a dungeon, 13th-century toilets, and magnificent views of the 'Valley of the Five Castles' below.

The region is famous for its castles, its medieval villages, and its ... fungus. At least, the fungus considered by some to represent the apogee of French cuisine: the truffle. Every year from December to early March, truffle hunters and their truffle-hunting dogs (and sometimes pigs) take to the forests to sniff out these aromatic delicacies, which are then sold in village markets and restaurants. Come to the markets in January and you may rub shoulders with famous chefs from around the world, here on a hunt for their own perfect 'black diamonds.'