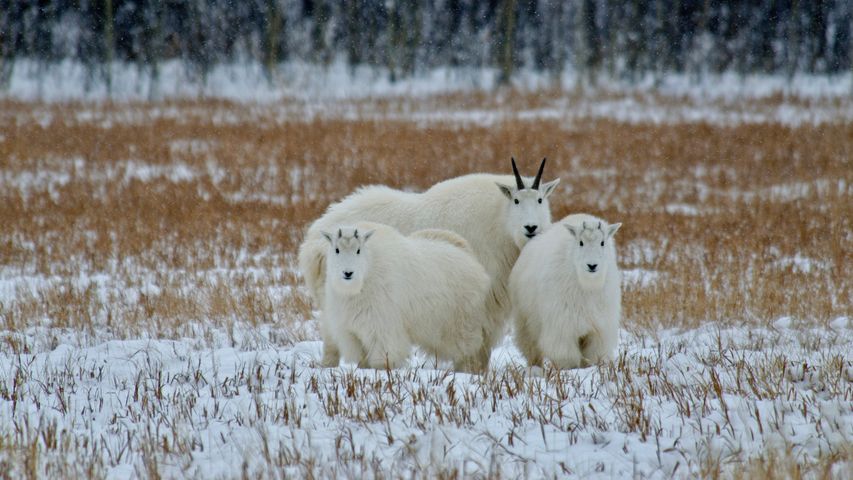 Elusive mountain goats, like these three in Canada's Yukon Territory, rarely let themselves be discovered as plainly as this. Despite its name, the hooved wild mountain goat is not a true goat—in fact, it's the only genus and species of its kind in the world. Found only in northwestern North America, its closest relatives aren't domestic goats, but the chamois of Europe and the goral and serow of Asia.

These sure-hoofed critters have no trouble ascending icy mountain slopes, taking slow steps as their white fur blends in with the subarctic snows. They aren't confined to these far northern wilds, though: The mountain goat's habitat extends as far south as the Colorado Rockies—there, these mountain bovines go by another common name: Rocky Mountain goats, but they're still not really goats.