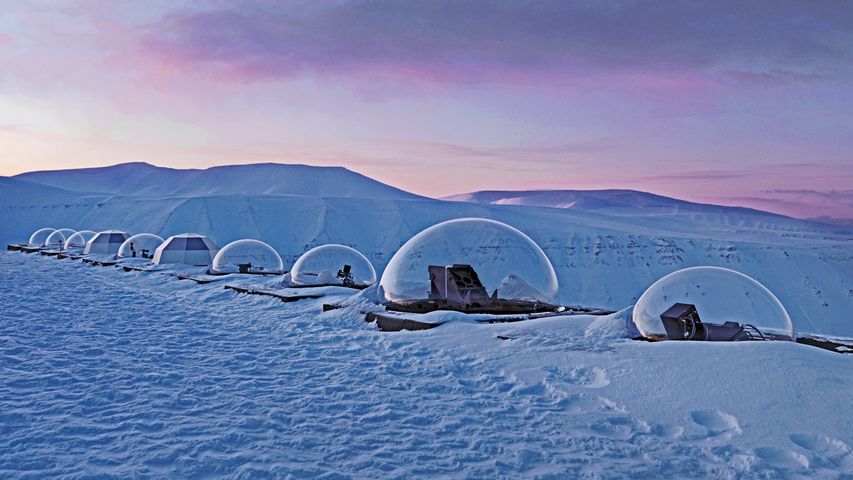 While these domes look like they should be in a movie set depicting a galaxy far, far away, they're actually part of a scientific research station here on planet Earth. Kjell Henriksen Observatory is named for a Norwegian scientist whose research focused on the polar lights. The aurora borealis is frequently seen here, deep within the Arctic Circle in Norway's remote Svalbard territory. And the observatory is specially designed to observe the aurora. Since it opened in 2008, the observatory has become a destination for atmospheric scientists, who can rent one of these 30 glass-topped rooms built to house high-end optical instruments.