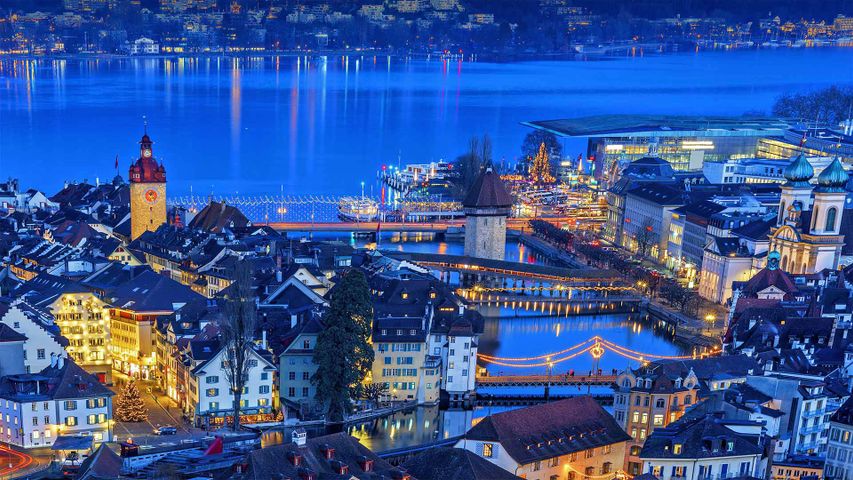 Where the glow of the holidays lingers

On the shores of Lake Lucerne and bestride the River Reuss, you'll find the medieval Swiss city that shares the lake's name. Emerging from a Benedictine monastery founded here in 750, Lucerne is today the largest town in central Switzerland. The central of three ancient, covered wooden pedestrian bridges of Lucerne's Old Town has a unique feature. The interior of the Kapellbrücke (Chapel Bridge) is painted with religious scenes and allegories to edify those walking across it to the nearby St. Peter's Chapel.

This time of year the people of Lucerne would ordinarily be preparing for Fasnacht, the Swiss-German equivalent of Mardi Gras. In a tradition that dates from the 15th century, the streets usually fill up with hundreds of fantastically masked and boisterous marchers, cutting loose before the fast of Lent. But like so many crowded public events, the official parades and other festivities of Lucerne's Fasnacht will be canceled this year. On the bright side, that just gives would-be revelers more time to prepare costumes and make plans for a blowout, post-pandemic Fasnacht 2022.