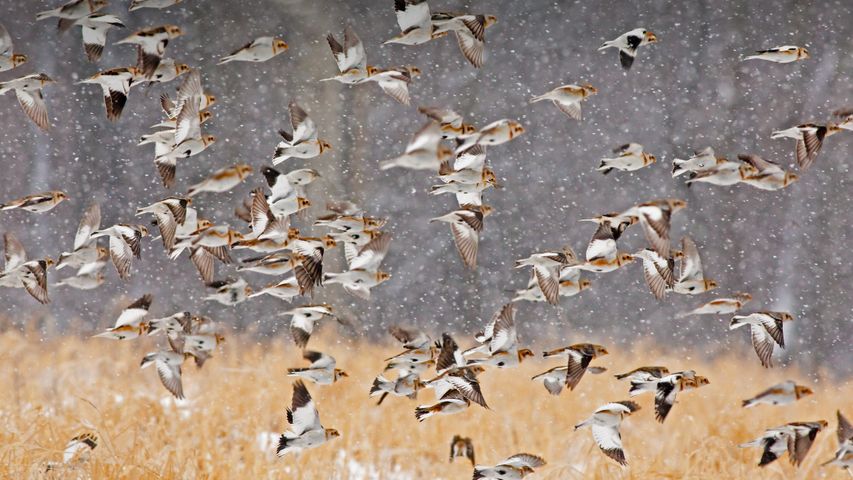 The birds you see in this wintry image are snow buntings, sometimes referred to as 'snowflakes' because of the distinct white in their wings. These medium-sized Arctic specialists love the cold and travel further north than other passerine birds. Only ravens can be found north of snow buntings.

But when winter weather approaches in the Northern Hemisphere, snow buntings migrate south and settle across southern Canada, the northern United States and parts of Europe and central Asia. By early April, male snow buntings will begin their long return to the cold north to search for quality nesting areas, with female buntings arriving about six weeks later.