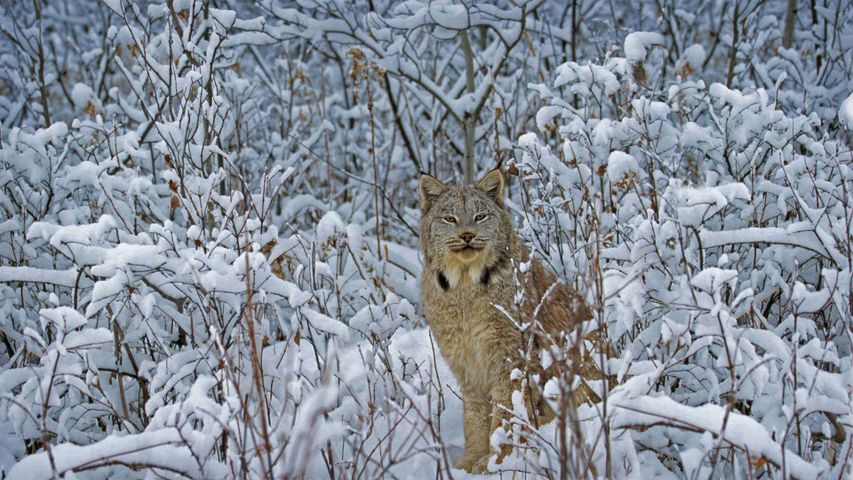 If you're lucky, you can catch a glimpse of this wily wildcat species in many places across Alaska and far-northern Canada. But here in the US state of Montana, a Canada lynx encounter like this is rare. While lynxes are known to live in cold climates, they've been listed for two decades as threatened across America’s lower 48 states.

This protective status under the Endangered Species Act - enacted on this day in 1973 - aims to keep lynx and other animal populations healthy even in the face of climate change, habitat loss, and other threats to their survival. One success story: There's now a stable lynx population far south of here in the Colorado Rockies, where the once-extirpated cats were reintroduced in 1999.